Microsoft has announced an update to its Surface Pro X that brings a next generation custom Qualcomm processor, a new platinum finish, longer battery life, and more.

We introduced Surface Pro X last October to push the boundaries for what an always connected, ultra-light and incredibly thin 2:1 device could be. It’s built for people who are ready for what’s next – who need to be connected, productive and creative at any time. We partnered closely with Qualcomm to design custom silicon to create a powerful PC that benefits from generations of innovations in mobile architectures. Today, Surface Pro X is getting even better, with a new configuration that includes our next-generation custom processor and a new Platinum finish, along with new app experiences, resulting in longer battery life and increased performance across all Surface Pro X devices. 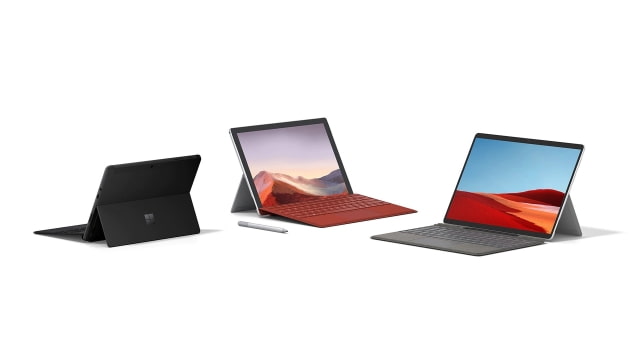 Highlights:
For our customers who need more power, we’ve refreshed our top end SKUs by adding the new Microsoft SQ 2 processor – the fastest processor in its class[2] – and a new Platinum finish. The new configurations start at $1499.99. We’re also introducing three new colors for the Signature Keyboard: Platinum, Ice Blue and Poppy Red, all with the same built-in storage and wireless charging for the Surface Slim Pen.

We’ve made Microsoft Edge faster and announced a new version of Microsoft Teams optimized for Windows on ARM. We will also expand support for running x64 apps with x64 emulation, starting to roll out later this year. For developers, Visual Studio code has been updated to run natively. For organizations, we’re committed to help you ensure your apps work with Windows 10 and Microsoft 365 Apps on ARM64 devices with App Assure with Fast Track. All of this adds up to overall faster performance and longer battery life. Surface Pro X now gets up to 15 hours of battery life across both configurations.

Take a look at the video below and hit the link for more details...