Smartphone activations in the U.S. were down 20% year over year this past December, according to a new report from Flurry Analytics.

Overall, December 2020 smartphone activations are down 20% compared to December 2019. We believe the underlying driver is COVID-19 which has increased unemployment, decreased consumer spending, and pushed the bulk of sales transactions online. Limitations on family gatherings may have also dampened gift giving. While overall smartphone adoption was down, a significant volume of devices were still adopted. 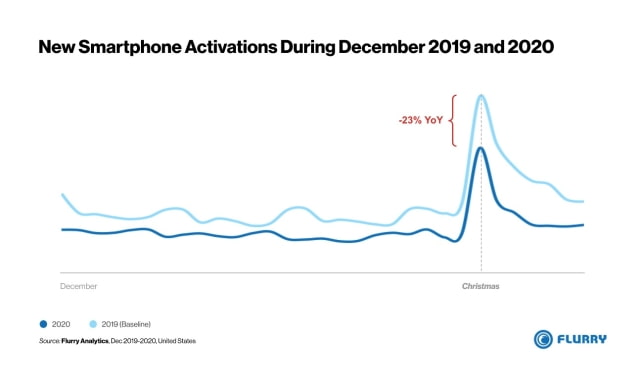 The iPhone 11 was the most popular smartphone in December, accounting for 5.7% of activations. The iPhone 12 Pro Max came in second, followed by the iPhone 12 in third. In total, Apple devices took eight of the top ten spots. The LG Stylo 6 came in eighth and the Samsung Galaxy A11 came in tenth.

Notably, missing from the top ten was the iPhone 12 mini.

While three devices from Apple’s 2020 iPhone 12 line ranked among the Top 5 most popular devices, the iPhone 12 mini failed to even crack the Top 10. In fact, we have to go all the way to the 25th spot to find the flagship mini device, despite consumer interest for Apple to make a smaller, pocket-friendly device. We believe that the value and size of the iPhone SE cannibalized interest in the iPhone 12 mini. The iPhone 12 mini starts at $699—just $100 less than the iPhone 12—with a 5.4” screen, while the iPhone SE, which ranked 6th overall, starts at $399 with an even smaller screen. 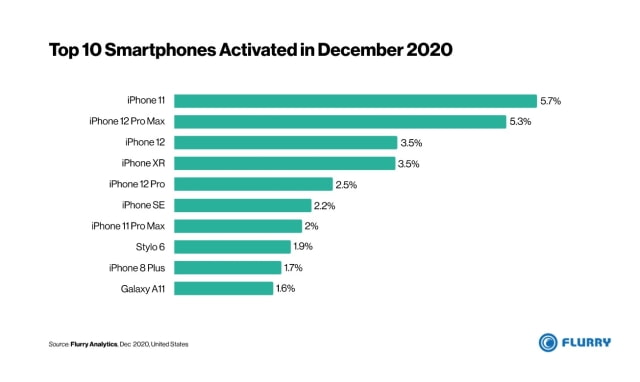 Overall, Apple captured 46% of the U.S. smartphone market in December, Samsung came in second with 27% and LG came in third with 9%. Although Samsung ranked second in the U.S., it is still the world's largest smartphone manufacturer. 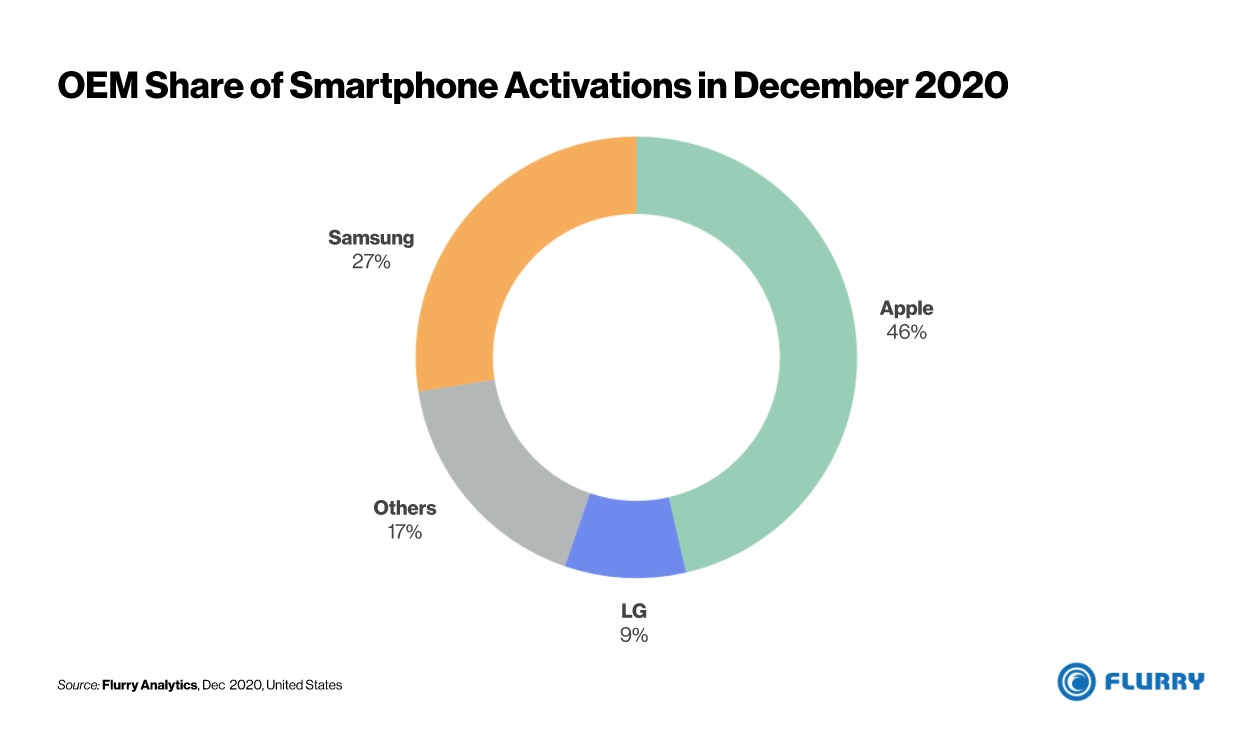