Apple plans to release a 'pricey, niche' AR headset that will serve as a precursor to the company's rumored AR glasses, reports Bloomberg.

As a mostly virtual reality device, it will display an all-encompassing 3-D digital environment for gaming, watching video and communicating. AR functionality, the ability to overlay images and information over a view of the real world, will be more limited. Apple has planned to launch the product as soon as 2022, going up against Facebook Inc.’s Oculus, Sony Corp.’s PlayStation VR and headsets from HTC Corp., the people said. They asked not to be identified discussing private plans.

The goal with the headset is reportedly to prepare developers and consumers for the eventual release of AR glasses. The headset is purportedly far more expensive than those from rivals which already run $300-$900. It's said that an Apple Store might only sell one per day, putting it on par with the Mac Pro which starts at $5999.

The device will likely use a very powerful chip. Some of the ones in testing outperform the new M1 processors for Mac. Apparently, the headset even requires a fan for cooling.

Although not finalized, the headset, codenamed N301, is in a late prototype stage. The AR glasses, codenamed N421, are still in the early architecture stage of development.

To reduce its size, Apple has developed a system where custom prescription lenses can be inserted into the headset over the VR screens. The company is discussing how to implement prescriptions online and in stores as there are different regulations to follow in each country. To reduce weight, Apple plans to use a fabric exterior.

Prototypes are said to include external cameras to enable some AR features. The cameras are reportedly being tested for hand-tracking and one feature in development could let users type virtually in the air to input text.

Finally, Apple could launch an App Store for the headset letting developers create VR and AR experiences for users. 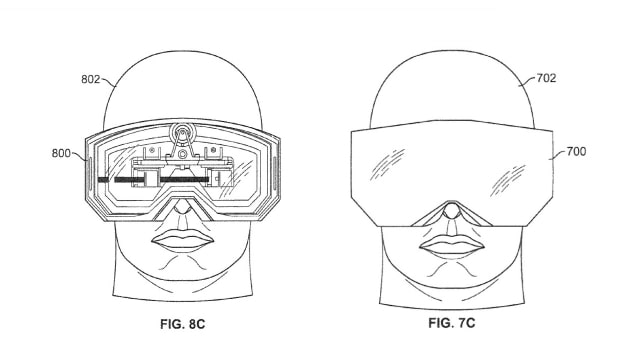