Apple has reset Game Center and posted device compatibility in advance of its expected release tomorrow, according to MacRumors.

Game Center
The new Game Center app lets you expand your social gaming network. Exponentially. All you need to play is an iPod touch or an iPhone running iOS 4.1. Just tap the Game Center app on your Home screen, log in with your Apple ID, and you’re good to go. You can create a different nickname that will be visible to friends and the gaming community. Assign several email addresses with the Game Center app to make it easy for more friends to find you. Download any games you see by tapping links in Game Center. Games can be started right from within the Game Center app. And once you log in to Game Center, you’re always connected. Until you decide to log out. 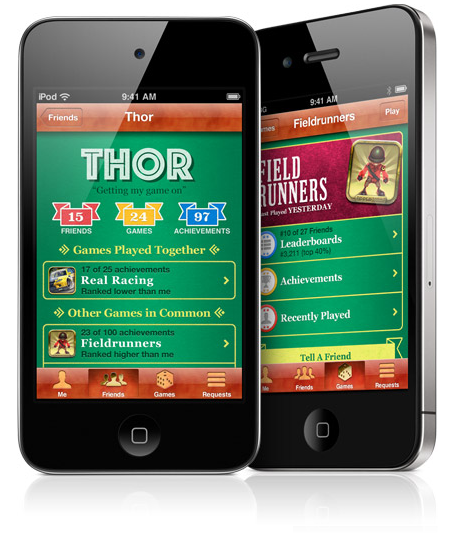 NeHoMaR - September 7, 2010 at 4:29pm
So, what\'s the excuse now for not supporting iPhone 3G? I wonder if I will be able to add Game Center as easy as I add multitasking.
Reply · Like · Mark as Spam