Apple may be developing a new product that will deliver in-stream ads to videos shown on the iPhone, iPad and Apple TV, according to a NewTeeVee report.

One source says the new ad product will most likely be introduced in the first or second quarter of next year, meaning it might be announced as early as Apple’s annual January event. Apple announced its first iOS ad product, iAd, at an event held in April this year.

Initially, Apple’s in-stream ad product would support video delivered to the iPhone and iPad, but the bigger opportunity for Apple could be in bringing the offering to its Apple TV set-top box.

iAds for Apple TV would likely ease the concerns of studios who believe iTunes $.99 rental plan is going to hurt income.

Apple has already filed a patent for advertising insertion scheme that would require users to watch an ad to unlock a segment of video content. So it seems they have this technology in the works for quite some time. 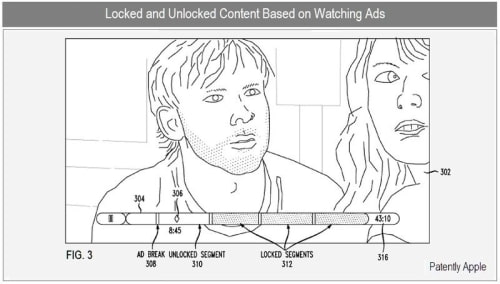