Apple will reportedly announce a new 11.6-inch MacBook Air next week that will drop hard disk drives and solid state drives in favor of "SSD Card" storage, according to AppleInsider sources.

The site has learned that the new notebook has been in production for at least a week now and will feature a storage system design similar to that of the iPod.

The new models will do away with existing options for a conventional hard-disk drive (HDD) or solid state drive (SSD) in favor something described as an "SSD Card" that lacks a traditional drive enclosure and more closely resembles a stick of RAM, yet is not easily user-replaceable.

Another source tells AppleInsider that the "edges appear more defined than curved and that the side profile of the unit is slightly more wedge-shaped."

CNET says "the new Air will sport an older version of Intel's Core processor, and the spec sheet will list Nvidia's MCP89 chipset. They also believe the price will be "significantly lower" than the current $1,499 starting price. 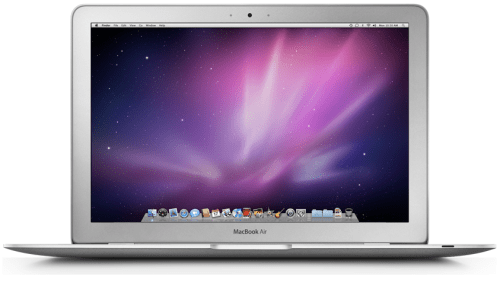 Phil - October 16, 2010 at 2:55pm
i.e., Apple will do exactly what every other Manufacturer has already done, and install a SSD card module. My Eee PC had this 3 years ago, so it isn't really a big surprise.
Reply · Like · Mark as Spam
Recent