In the last few weeks there have been numerous reports of a collaboration between Apple and Nuance to bring their voice recognition technology to Mac OS X and iOS.

You can listen to more voices at the NextUp Nuance Sample page, but even that contains only a fraction of what is listed in Lion’s new Speech preferences.

Currently if you try to install any of the voices in Mac OS X Lion you will get an error.

Interestingly, an Apple patent was recently discovered which details how text-to-speech and speech-to-text would work on a future iPhone. 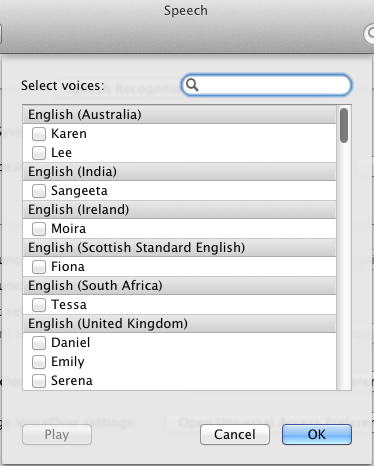