Apple has released Xcode 4.1 on the Mac App Store for free. Previously Xcode 4 cost $4.99 although developers could get it free from the Dev Centers.

Xcode provides everything developers need to create great applications for Mac, iPhone, and iPad. Xcode 4 has been streamlined to help you write better apps. It has unified user interface design, coding, testing, and debugging all within a single window. The Xcode IDE analyzes the details of your project to identify mistakes in both syntax and logic, it can even help fix your code for you.

Innovative tools to help you create great apps
- Interface Builder is fully integrated as a design canvas within the Xcode IDE
- The Assistant shows files related to what you're editing, such as the header, superclass, or controller
- The Version editor shows a live source code comparison through Git or Subversion history
- Live Issues display errors as you type, and Fix-it can correct the mistakes for you
- Apple LLVM compiler now includes full support for C++, in addition to C and Objective-C
- The new LLDB debugging engine is faster and more memory-efficient than GDB
- Instruments adds System Trace and new iOS instruments including OpenGL ES

Streamlined interface that is faster and easier to use
- Design your interface side by side with the backing source code
- Create connections from your GUI design directly to the related source code
- Use tabs to organize your workspace, or double-click to open files in a new window
- Schemes let you customize exactly how your app will build, run, profile, and deploy
- Debugging and console views slide in without disturbing your place in the editor

Professional editor keeps you focused on your code
- Click the Jump Bar at the top of the editor to instantly go to another file
- View message bubbles to see errors, warnings, and other issues right beside the code
- Use the ribbon on the left of the editor to fold your code, or highlight scope

Embedded Apple LLVM technology finds and fixes bugs for you
- Analyzer travels countless code paths looking for logical errors before they become bugs
- Live Issues underlines coding mistakes as you type with no need to build first
- Fix-it can confidently correct mistakes for you with just a keystroke
- Code completion for C, C++, and Objective-C is incredibly fast and accurate

Instruments for visual performance analysis
- Compare CPU, disk, memory, and OpenGL performance as graphical tracks over time
- Identify performance bottlenecks then dive deep into the code to uncover the cause
- Monitor your app directly, or sample the entire system, with very little overhead


You can download Xcode from the App Store for free. 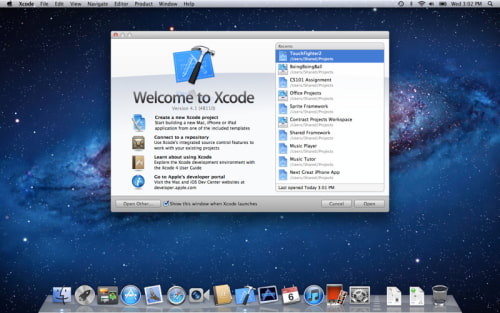 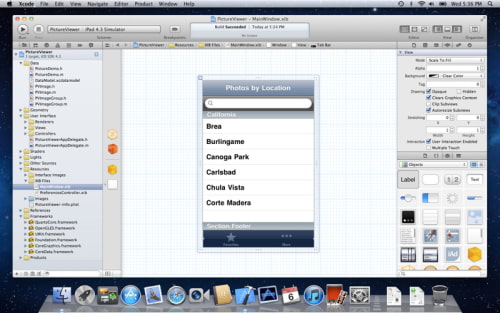 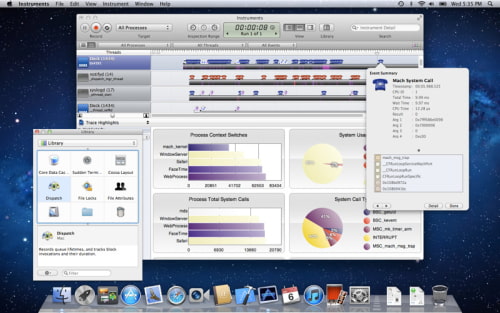