Apple's complaint against the Samsung Galaxy Tab 10.1 reveals that they are also suing Motorola of the design of the Xoom Tablet, reveals FOSS Patents.

A passage from the complaint mentions two other lawsuits against iPad competitors Motorola and JAY-tech.

That passage says that Apple filed with the same court (district court of Düsseldorf) a complaint over the design of the Motorola Xoom, but it doesn't state whether that complaint included a request for a preliminary injunction. While it's not stated explicitly, I suppose that the complaint against Motorola also asks the court for an EU-wide injunction -- but perhaps just for a permanent injunction without a previous preliminary one. 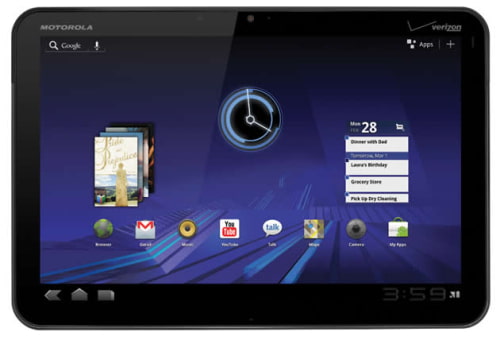