The iPad 3 will reportedly use a thinner, lighter, and 20-30% more expensive battery than the iPad 2, according to CENS. The battery will be supplied by Simplo Technology Co. and Dynapack International Technology Corp.

Institutional investors pointed out that the battery pack for iPad 3, scheduled to be massively produced in the first quarter of next year, has been redesigned to be thinner and lighter with a longer service life than iPad 2 edition's. Furthermore, the new battery pack will also be required to meet CTIA IEEE 1625 standard for better quality and safety reliability, a trend that has been commonly seen nowadays, especially in the U.S. For example, consumer electronic devices with coming ordinary battery packs are banned by AT&T, the country's largest service provider, from sales on its product shelf as well as from its mobile network services, until with IEEE1625-certificated battery packs.

The battery packs are scheduled to begin delivery starting in the fourth quarter. 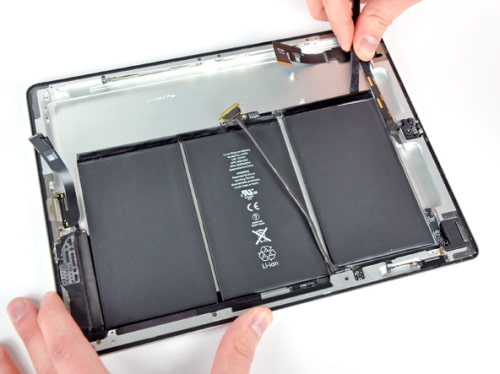 Wtf - September 6, 2011 at 9:37pm
I dont get why apple wants to make a battery with extraordinary battery life into a battery with ordinary life? just like the supposed new iphone 5 why are they making it slimmer? cant they make it a cm thicker with quadruple battery life so that we can use it all day and not have to charge it until we go home at night?
Reply · Like · Mark as Spam

Mark Dunhill - September 7, 2011 at 9:47pm
here here i'd go along with that for sure...i'm sick of my iphone running out of battery early evening after taking it off charge first thing that morning and only emailing and listening to some tunes on it for half the day :(
Reply · Like · Mark as Spam
1 More Comment
Recent