Splashtop has released a Remote Desktop application in the Mac App Store. Already a popular app for the iPad, Splashtop gives you Mac-to-PC or Mac-to-Mac remote access support with full audio and video.

KEY FEATURES
* Connect from anywhere via local network or across the Internet.
* Use MS Office, Silverlight, and other Windows software without having to install it on a Mac.
* Enjoy high-definition videos (up to 30 frames per second) and other multimedia contents streamed from remote computers.
* Play interactive 3D PC games with low latency such as Witcher, Shogun, Diablo or EA Sports games on a Mac.
* Access important files or photos on another computer without worrying about syncing, converting, or compatibility issues.
* Wake-on-LAN support

FAST AND EASY SETUP
* One-click access to your remote computer with minimal setup efforts.
* Install the free Splashtop Streamer on your computer - supports Windows 7, Vista, and XP (including Home Premium), as well as Mac OS X 10.6+ (Snow Leopard or Lion is required for Mac users).
* Application will automatically find your local computers. Sign in to your Gmail account on the app and Splashtop Streamer to find your computers across the Internet.
* Remote computers with dual-core CPU are strongly recommended for best performance.

Other than Macs, Splashtop Remote Desktop is also available for iOS and Android phones and tablets, and Windows PCs.

You can purchase Splashtop Remote Desktop from the App Store for $9.99. 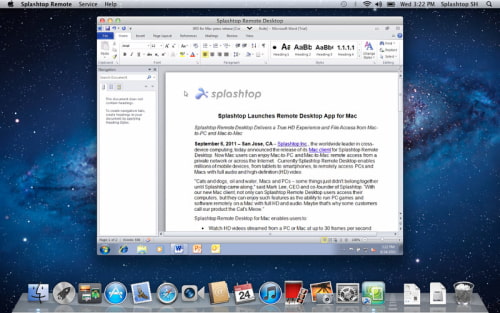 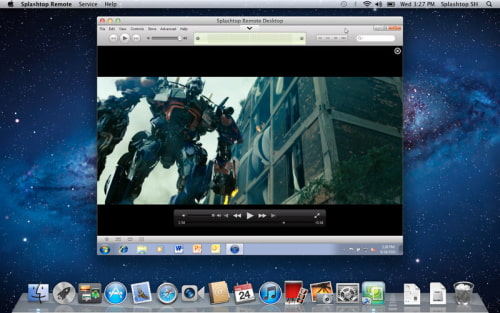 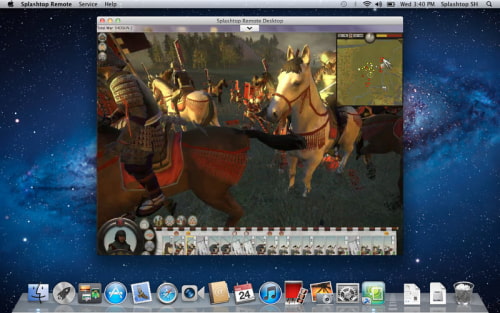