Steve Jobs wanted to build his own wireless phone network with unlicensed spectrum used by Wi-Fi, according to a ComputerWorld report.

Chairman of venture capital firm Trilogy Partners, John Stanton, says he spent a fair amount of time with Jobs between 2005 and 2007.

"He wanted to replace carriers," Stanton said of Jobs, the Apple founder and CEO who died Oct. 5 after a battle with cancer. "He and I spent a lot of time talking about whether synthetically you could create a carrier using Wi-Fi spectrum. That was part of his vision."

Stanton says that after around 2007, Jobs gave up on the idea; however, he still managed to have a major impact on wireless operators.

"If I were a carrier, I'd be concerned about the dramatic shift in power that occurred," he said. 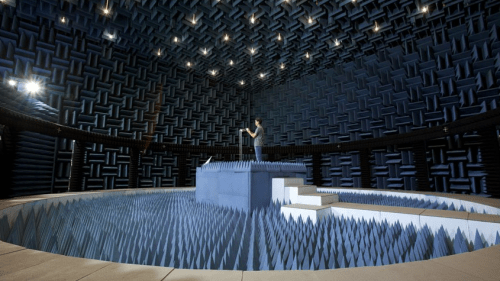 dt - November 15, 2011 at 9:38pm
@John, The idea is not worth pursuing because of the enormous costs involved. GSM is the current ubiquitous standard which is giving way to LTE. It was a pie in the sky idea that would not take off.
Reply · Like · Mark as Spam

byronchurch - November 15, 2011 at 9:43pm
Theres got to be a way to make the internet universal and free and preferably vegan .
Reply · Like · Mark as Spam

ASSMAN (father to feces) - November 16, 2011 at 1:26pm
DT DT dick. Shut up with ur long blogs that no one reads cus no one can understand all ur jibberish. U live in europe so stay there and stop using our USA site to voice ur strange comments I wouldnt be surprised if u are related to a nazi
Reply · Like · Mark as Spam

dt - November 16, 2011 at 1:32pm
@Asshole the fudge packer, You have shown again that you are truly as stupid as you appear. Obviously you are the foreigner here. Why don't you go back to your third-world country and learn to read and write. Educated people can understand me just fine. If you want, I can try and draw pictures for you so that your simple ass can follow along.
Reply · Like · Mark as Spam
12 More Comments
Recent