The Daily has published a photo of Microsoft Office running on the iPad and reveals that it will be available in the App Store soon.

A brief hands-on with a working prototype of the software revealed a number of new things. The app's user interface is similar to the current OneNote app, but it has hints of Metro, the new design language that can be seen in Windows Phone and in the as-yet-released Windows 8 desktop operating system.

Word, Excel and PowerPoint files can be created and edited locally and online. But it's unclear if Microsoft will support other Office apps at launch or at all.

According to The Daily, the design team has wrapped up the project and Microsoft will submit Office to the App Store shortly. 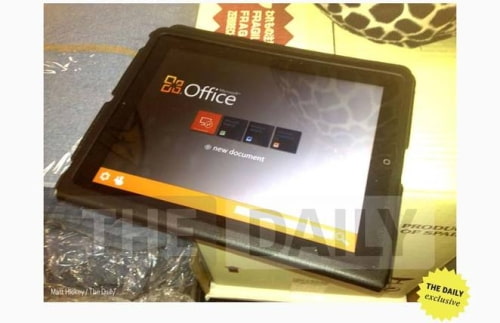