Gameloft has released the official game of 2012's Men in Black 3 for iOS.

We are the best-kept secret in the universe. We are Earth's best, last, and only line of defense. We are above the system. Over it. Beyond it. We are "them." We are "they." We are the Men in Black.

Agent, humanity is in danger! The vile Radiant has arrived on Earth and he must be stopped now. For the first time ever, you will be in charge of the MIB agency, but don't worry, Agent O, Agent K and Frank will help you to run the agency and fight against this new threat to mankind. Good luck.

CREATE AND MANAGE YOUR OWN MIB AGENCY
• Train your agents and assign them to missions
• Access a wide range of MIB weapons and gadgets like the Neuralyzer, the Deatomizer, and the infamous Noisy Cricket.
• Build dozens of different rooms to upgrade your weapons and develop your agency.

TAKE DOWN ENEMIES IN 1969 & 2012 NEW YORK
• Travel in time to fight aliens in different areas of New York including Brooklyn, Times Square, and Central Park
• Utilize your agent's futuristic weapons and equipment
• Meet dozens of aliens faithfully inspired by the Men in Black universe

ASK YOUR FRIENDS TO JOIN THE AGENCY
• Invite your friends from Gameloft LIVE! & Facebook to play
• Ask for your friends' help during fights to defeat powerful aliens
• Visit your friends' headquarter and get rewarded for lending a hand

You can download Men in Black 3 from the App Store for free. 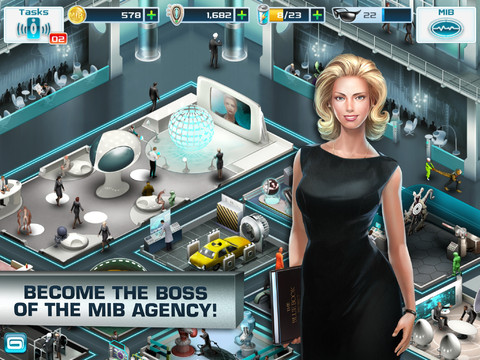 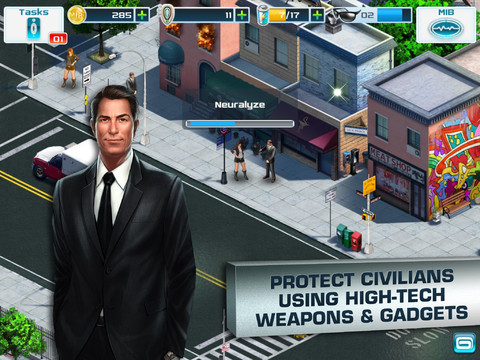 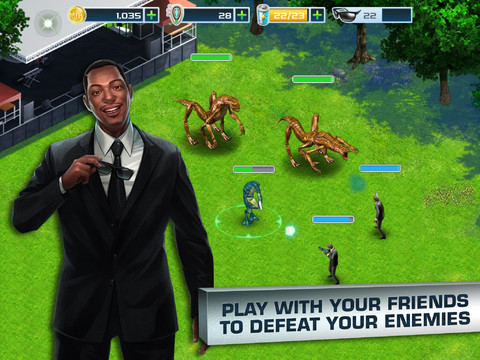