Facebook has reportedly hired more than half a dozen former Apple software and hardware engineers to help it build a smartphone, according to the New York Times.

The smartphone will be Facebook's third attempt at a mobile device, says the report.

"In 2010, the blog TechCrunch reported that Facebook was working on a smartphone. The project crumbled after the company realized the difficulties involved, according to people who had worked on it. The Web site AllThingsD reported last year that Facebook and HTC had entered a partnership to create a smartphone, code-named "Buffy," which is still in the works."

Facebook is said to be expanding the 'Buffy' project by bringing in hardware engineers who have experience building a device.

One engineer who formerly worked at Apple and worked on the iPhone said he met with Mark Zuckerberg, Facebook's chief executive, who then peppered him with questions about the inner workings of smartphones. It did not sound like idle intellectual curiosity, the engineer said; Mr. Zuckerberg asked about intricate details, including the types of chips used, he said. Another former Apple hardware engineer was recruited by a Facebook executive and was told about the company's hardware explorations. 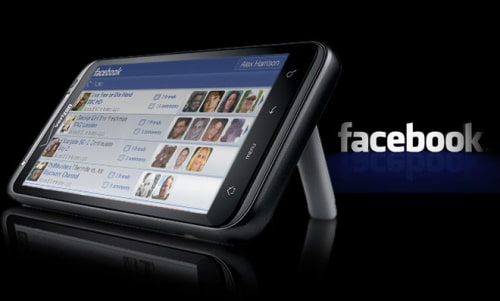 Dribble - May 28, 2012 at 1:34am
Would all of your FacebookPhone information then belong to Facebook, just as all of your photos, videos, wall posts, etc do (the very moment they are uploaded)?
Reply · Like · Mark as Spam

Russell - May 27, 2012 at 10:25pm
Engineers are leaving Apple for better paying jobs. Apple is paying dividends to RSU holders in hopes to stem this flow.
Reply · Like · Mark as Spam
Recent