Apple may be planning to launch a 13-inch Retina Display MacBook Pro before October to take advantage of back-to-school buyers, reports DigiTimes.

Apple has demanded its upstream partners start supplying components for the 13-inch model in the third quarter and they have not yet heard anything about changing of schedule. As for when the product will launch, the sources believe the new MacBook Pro will have a chance to launch before October to catch up with the back-to-school season.

Apple also did not reduce its shipment forecast for 2012 and is still expecting its notebook shipments to grow 30% on year, the sources pointed out. In 2011, Apple's portable PC shipments were 12.79 million units, according to IDC. With a forecast of 30% growth, Apple's MacBook series shipments are expected to reach 16.24 million units in 2012.

Apple released a 15-inch Retina Display MacBook Pro in June; however, it is priced out the range of most students. A 13-inch device would likely be more affordable although it would still demand a premium for its higher quality display. 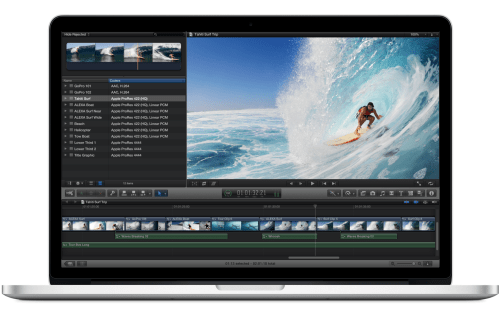