According to a report by the Financial Times, European carriers are stocking up on nano sim card's that are designed for Apple's next generation iPhone. Earlier last month, it was rumored that the ETSI had selected Apple's sim card design for the new standard. Today's report claims that this is indeed the case.

Operators expect that the iPhone will feature the nano sim in a slimmed down design, according to two sources with knowledge of the situation, and have begun to store millions of the cards in warehouses in anticipation of high demand for Apple's iPhone. Apple declined to comment.

Operators were caught off guard by the adoption of the micro Sim for the iPhone 4 as well as the original iPad two years ago, with some struggling to meet demand with their own micro-Sims in the first weeks of sale.


Apple's new nano-sim design is 40% smaller than the micro-sim, and will eventually be adopted by phone makers over time. The next generation iPhone is rumored to be announced in early October. 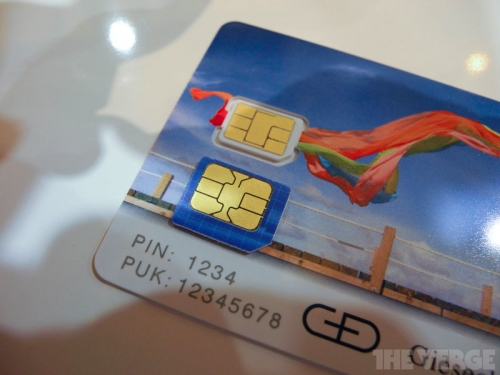 FARP.Thor - July 16, 2012 at 9:15pm
"Apple's new nano-sim design is 40% smaller than the micro-sim, and will eventually be adopted by phone makers over time. " Yeah, who else uses microsim nowadays??
Reply · Like · Mark as Spam

NoGoodNick - July 16, 2012 at 10:53pm
"Yeah, who uses microsim cards nowadays??" << That's why they say "expected". It was just approved, and it sounds like Apple is already committed to it.
Reply · Like · Mark as Spam
2 More Comments
Recent