iPhone 3GS devices will be able to use Shared Photo Streams and VIP Mailboxes in iOS 6 following improvements to the iOS 6 beta, reports MacRumors.

While the iOS 6 preview page previously contained eight footnotes outlining various restrictions on features, that number has been reduced to six following the release of iOS 6 Beta 3.

This is definitely good news for those who are still using their iPhone 3GS and don't plan to upgrade in the near future. 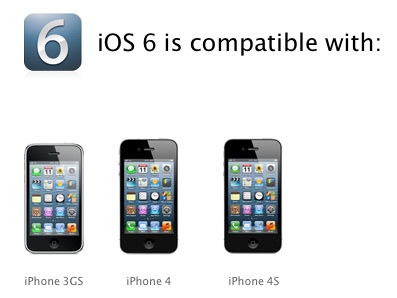