Vlingo Corporation today announced availability of its vlingo for iPhone application on the Apple App Store. This voice-powered application eliminates the need for typing and gives users the ability to dial their contacts, search the Web, access Google Maps, and send status updates for Facebook and Twitter with the power of voice.

"The iPhone offers an innovative multi-touch user interface that is fundamentally transforming the wireless industry," said Dave Grannan, CEO of vlingo. "We're proud to debut our breakthrough voice recognition technology on iPhone, taking simplicity one step further by reducing much of the reliance on typing, making mobile data and applications easier to find and use."

Vlingo for iPhone works across multiple applications on the iPhone. It gives users access to the most commonly used features by using voice, including:

-- PHONE. Initiate calls to anyone in your address book.

-- SEARCH. Look up anything through Yahoo! or Google in one step. Just say, "Web search: concert tickets in Boston," and the results are displayed.

-- MAPS. Look up and map local listings. For example, by saying, "Find Italian restaurants in San Francisco," vlingo will show choices and can populate Google Maps with the touch of a button.

Vlingo gives iPhone users easy access to mobile information with the power of voice. Users do not need to change how they speak or memorize a list of commands so they can say what they want, how they want, and vlingo captures the results - word for word. Vlingo's breakthrough speech recognition technology provides users with a simple way to access almost anything on their handsets. With the most accurate system on the market that gets even better as more users join the community, vlingo gives users the ability to freely mix typing and talking with no limits on what they can say to command the device. 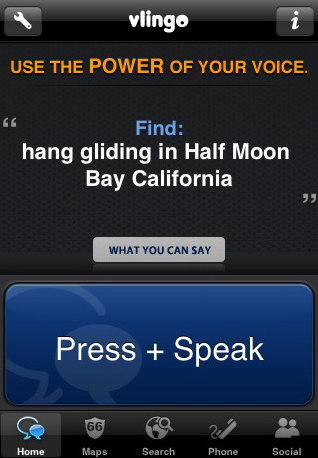 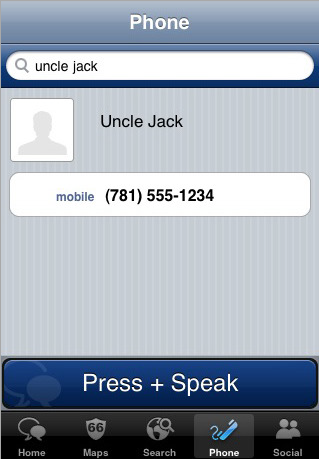 Nate0007 - December 5, 2008 at 2:06pm
Doesnt support WiFi . Only works if you have a Data plan so basically this is of no use to me as i do not use the Data plan on my phone and only Wifi for internet. Havent been able to get it to work as advertised but this could be because it needs an internet connection from your Cell provider, or like a said above you need a active DATA plan .
Reply · Like · Mark as Spam
0

diego - December 3, 2008 at 4:52pm
this would be awesome if it featured multi-language (spanish at least) support.
Reply · Like · Mark as Spam
Recent