Apple may be working on a new custom radio service to rival Pandora, according to the WSJ.

Apple's service would work on its sprawling hardware family, including the iPhone, iPads and Mac computers, and possibly on PCs running Microsoft Corp.'s Windows operating system, according to one of these people. It would not work on smartphones and tablets running Google Inc.'s Android operating system, this person added, highlighting the mounting battle for mobile dominance between the two technology giants.

According to the site, Apple only recently initiated discussions with record labels over the idea. If it is successful in negotiations, it would still take a few months before the service would be ready to launch.

Notably, as part of its comeback attempt, Nokia has launched a free music streaming service for owners of its Lumia smartphones. 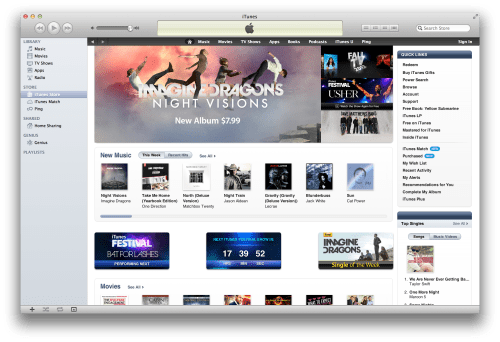 6italia0 - September 7, 2012 at 8:13am
Bitch please, as long as pandora dowloader w/unlimited skips and downloading any song playing is around I could give a fuck less about whatever itunes variant apple comes up with (pandora downloader is available through cydia by adding http://cydia.xsellize.com/ ) - jailbreaking, the only reason I use the iPhone instead of samsung's cheap plastic toys lol
Reply · Like · Mark as Spam
0

rudyy - September 7, 2012 at 1:52am
Radio stations should already be patented to keep out technology thieves like Apple.
Reply · Like · Mark as Spam
2 More Comments
Recent