The Simpsons: Tapped Out has been updated with 26 new levels including the Wiggum House, Ralph and a brand new storyline.

Homer accidently caused a meltdown that wiped out Springfield. D’OH! Now, it’s up to you to rebuild it! From the writers of The Simpsons, tap into a city building game that lets you create your own living, breathing Springfield... for FREE.


What's New In This Version:
We have added new level 26 content including the Wiggum House, Ralph and a brand new storyline!

• New Buildings – Finally Chief Wiggum can stop loitering in the streets and get settled at the Wiggum House. If you’re hungry after the move, enjoy some chemically complicated cuisine at El Chemistri. After dinner, spend time viewing your city from a higher vantage point than you ever thought possible on the Escalator to Nowhere - just watch out for that last step. Once that’s done, build the Popsicle Stick Skyscraper.
• New Character – Have Ralph eat crayon sandwiches or play wiggle puppy.
• New Decorations – Patrol your town with a new police car or spruce up your backyard with a swing set and tetherball.
• New Quests – Springfield is in the middle of a health crisis; join Lisa as she tries to fight the fat. Will she succeed or will Springfield be crowned America’s Fattest City?

You can download The Simpsons: Tapped Out from the App Store for free. 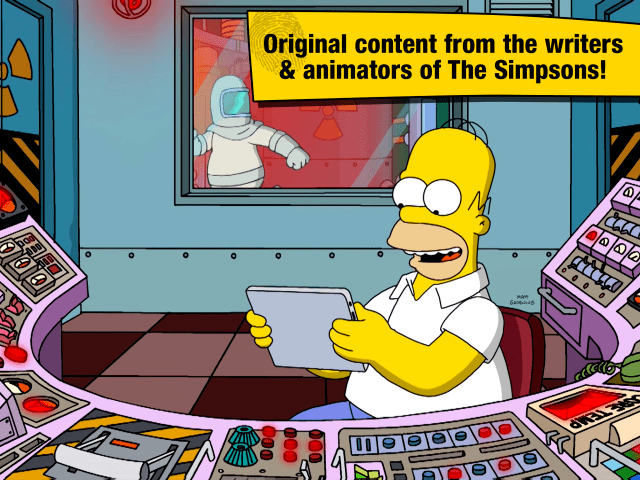 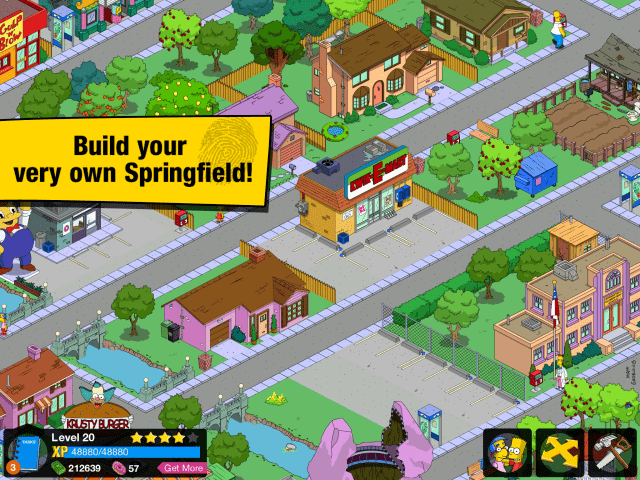 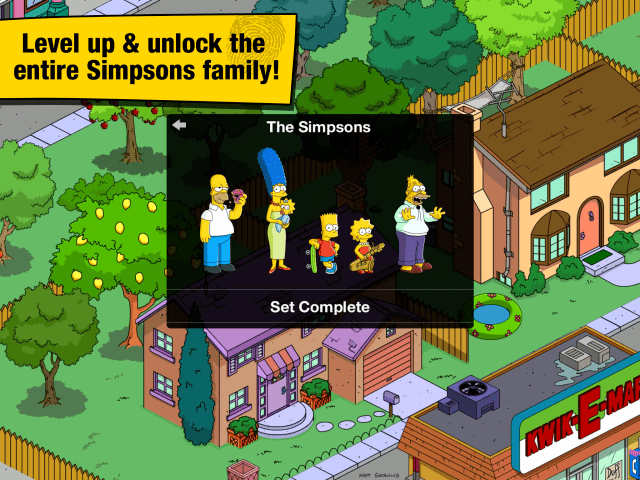 pleasefixtheharpfreeze - March 1, 2013 at 2:44am
There is a huge bug issue with this game that EA has been ignoring for over a month. HUNDREDS of customers can not log into the game due to what is called the "Harp of Death" or "Harp Freeze" bug. (Google either term). When a player reaches the end of level 6, the game crashes and just plays a looping "Harp" sound repeatedly and does not allow the player to log in. It has been over 3 weeks for me.
Reply · Like · Mark as Spam