Apple today introduced the all-new iPod shuffle, the world’s smallest music player at nearly half of the size of the previous model, and the first music player that talks to you. The revolutionary new VoiceOver feature enables iPod shuffle to speak your song titles, artists and playlist names. The third generation iPod shuffle is significantly smaller than a AA battery, holds up to 1,000 songs and is easier to use with all of the controls conveniently located on the earphone cord. With the press of a button, you can play, pause, adjust volume, switch playlists and hear the name of the song and artist. iPod shuffle features a gorgeous new aluminum design with a built-in stainless steel clip that makes it ultra-wearable. 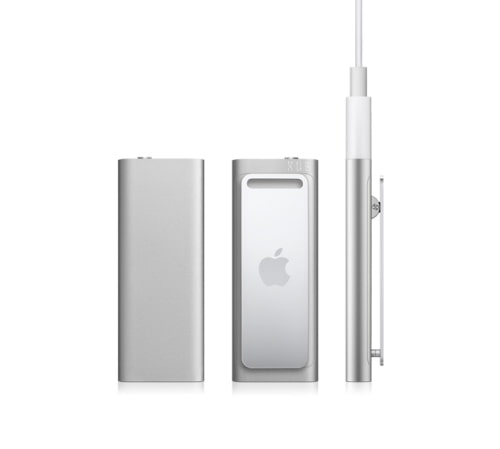 “Imagine your music player talking to you, telling you your song titles, artists and playlist names,” said Greg Joswiak, Apple’s vice president of iPod and iPhone™ Product Marketing. “The amazingly small new iPod shuffle takes a revolutionary approach to how you listen to your music by talking to you, also making it the first iPod shuffle with playlists.”

iPod shuffle is based on Apple’s incredibly popular shuffle feature, which randomly selects songs from your music library. And now, when you can’t remember the name of a song or an artist playing, with the press of a button iPod shuffle tells you the name of the song and artist. iPod shuffle can even tell you status information, such as battery life. With the ability to hold up to 1,000 songs and the VoiceOver feature, you can now easily switch between multiple playlists on your iPod shuffle. iPod shuffle can speak 14 languages including English, Czech, Dutch, French, German, Greek, Italian, Japanese, Mandarin Chinese, Polish, Portuguese, Spanish, Swedish and Turkish.

The new iPod shuffle comes in silver or black and features a sleek and ultra-wearable design with a built-in stainless steel clip. iPod shuffle is the smallest music player in the world and is incredibly easy to clip to almost anything and take with you everywhere you go. iPod shuffle features up to 10 hours of battery life.*

Pricing & Availability
The third generation 4GB iPod shuffle is now shipping and comes in silver or black for a suggested price of $79 (US) through the Apple Store® (www.apple.com), Apple’s retail stores and Apple Authorized Resellers. iPod shuffle comes with the Apple Earphones with Remote and the iPod shuffle USB cable. 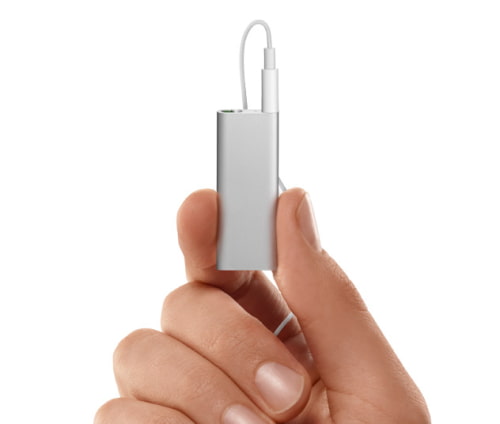 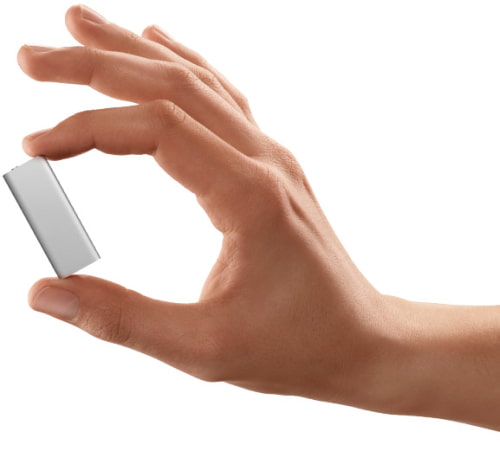 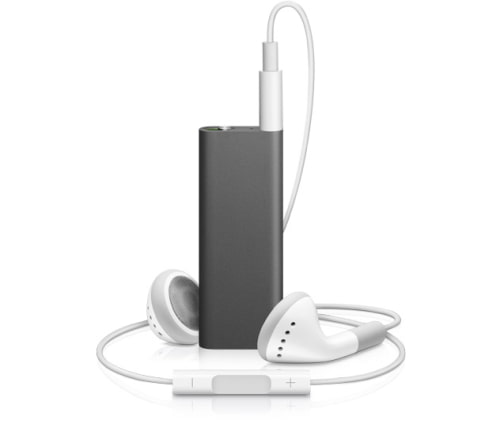 Telia - March 11, 2009 at 12:51pm
I can't believe how small it is. However, there is one very good reason I would never buy this; you can't use any other headphones than Apples and Apples headphones suck balls. My previous experience with Apple headphones is that they break after a very short time and since you need Apple headphones for this, expect to have to pay double the price every 6 or 8 months!
Reply · Like · Mark as Spam
0

N41 - March 11, 2009 at 11:36am
This is the dumbest product... next thing you know apple will release this: http://www.theonion.com/content/video/apple_introduces_revolutionary
Reply · Like · Mark as Spam
0