Apple is exploring the possibility of including a wireless "remote wand" with future versions of its Apple TV media system, according to an AppleInsider report. The controller would provide users with precise control over a cursor on the Apple TV screen and unlock three-dimensional controls similar to those offered by Nintendo's Wii controller.

The wand, which was revealed in a patent filing published for the first time this week, would control the movement of a cursor displayed on a TV screen by the position and orientation at which it is held by the user. As the user moves the wand, the on-screen cursor would follow. 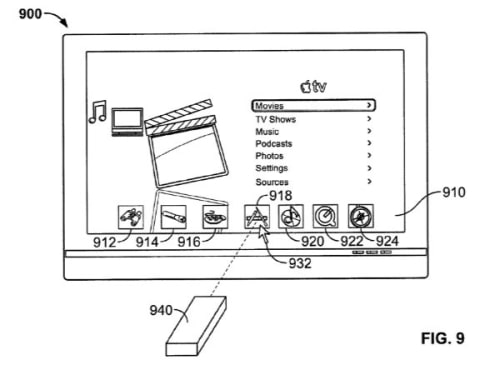