Apple is reportedly planning to release OS X Mavericks at the end of October, according to 9to5Mac.

The late-October Mavericks release is planned so Apple could focus the majority of its software engineering resources on pushing out iOS 7 alongside the new iPhone hardware over the next couple of weeks.

The report notes that for both OS X Lion and OS X Mountain Lion, Apple released the new operating systems the day after an earnings release. Last year, Apple held its earnings call on October 25th.

Apple is expected to release numerous hardware updates which could arrive alongside the new operating system including Haswell MacBook Pros, iMacs, and possibly the new Mac Pro. 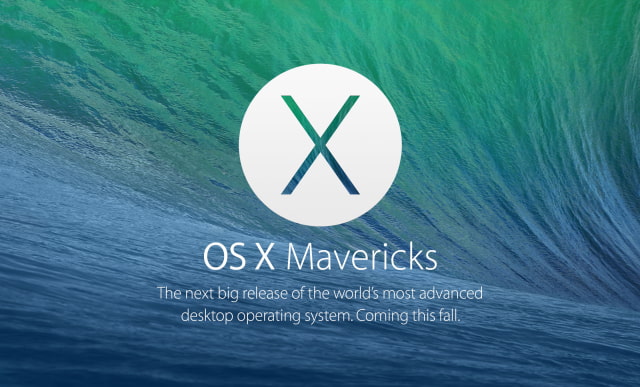