Asymco analyst Horace Dediu recently released a report noting that Android has become the third platform to reach 1 billion users. The first platform to do so was Windows, followed by Facebook.

Notably, Dediu reports that Apple has sold around 650 to 700 million iOS devices and is expected to be the fourth to a billion sometime next year. He also noted that while Android is a success story, there is some concern in the reliability of its audience. "Engagement is one thing, but in the market which shows highest penetration (and deepest distribution of an alternative) Android is peaking," said the analyst.

Check out the charts below to see the growth of each platform mapped. 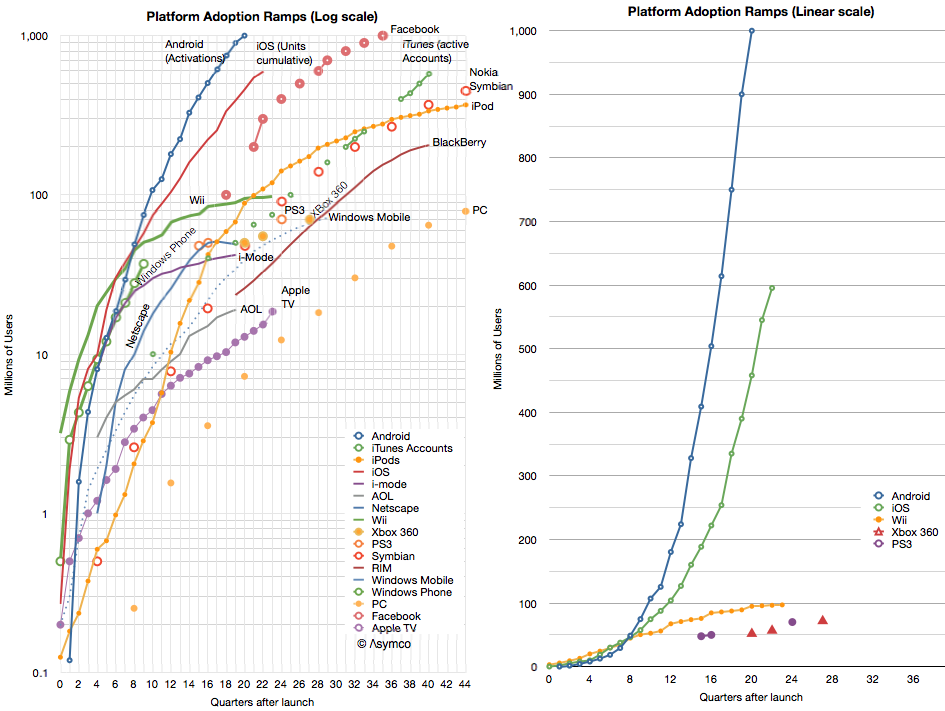 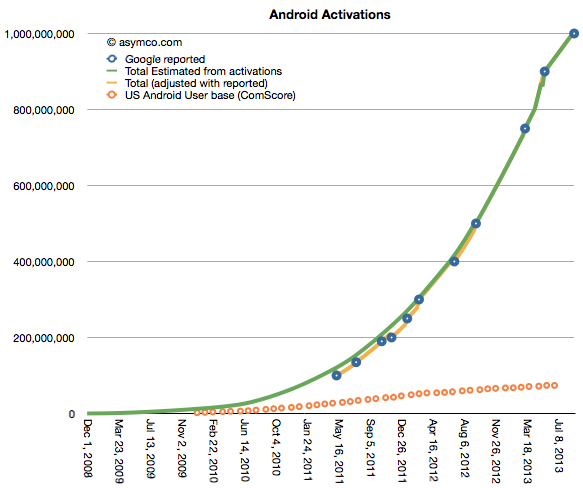 arkhi - September 10, 2013 at 1:20am
The data is flawed when you consider they have accumulated ALL android activations against iOS, Apple TV and iPods separately (which are all iOS-based).
Reply · Like · Mark as Spam
Recent