Red Giant Software (www.redgiantsoftware.com) is pleased to announce the availability of Trapcode Form, an organic 3D shape generator that allows users to create a wide variety of wild animations, from text logos that blow away like sand to surfaces that move like rolling fire or billowing smoke. All the unique 3D designs in Form can also be driven by audio to create visions that move with the beat.

Trapcode Form comes with 61 customizable presets, as well as the ability to tweak them to get just the right look. Full integration with After Effects’ 3D environment allows users to fly cameras through and around the animated forms.

* Create mesmerizing animations like the ones in Apple’s iTunes visualizer, all within After Effects
* With direct integration of After Effects 3D camera, Form offers true 3D surfaces and volumes
* More than 60 presets to quickly create audio reactors, terrain flyovers, and more.

Customize It
Form also offers fantastic flexibility with ability to drive color, displacement, size, and more with images sourced from any layer in After Effects. This lets you generate everything from a logo that blows away like sand to a full 3D model of the Earth. 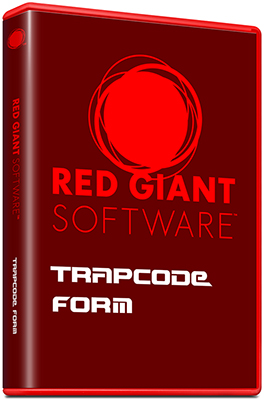 BARRDeidre27 - March 29, 2012 at 1:13pm
Some time before, I needed to buy a car for my firm but I did not have enough cash and could not purchase something. Thank God my comrade adviced to get the mortgage loans at creditors. So, I acted so and used to be happy with my collateral loan.
Reply · Like · Mark as Spam
Recent