DDH Software has announced availability of its long anticipated Mac OS X conduit for syncing HanDBase databases stored on their iPhone and iPod touch devices. HanDBase, a popular relational database for many types of mobile devices, was released last fall in the Apple iTunes App Store, and many users have been asking for a way to automatically synchronize their databases with their Macs. The new HanDBase Plus add-on package now affords them with this capability.

When using HanDBase on the iPhone or iPod touch, a feature called Desktop Connect enables a wireless connection between the iPhone and any desktop web browser. Using this connection, users can install databases to and back up databases from their device. But having a conduit available adds many additional capabilities using this same wifi connection capability.

With the new Mac HanDBase Plus add-on conduit, all databases stored on the iPhone/iPod touch are mirrored on the desktop automatically when the user initiates a sync. Using the included HanDBase Desktop, users can make changes to records and these changes are intelligently merged with the changes made on the iPhone.

Many synchronization modes are available to fine tune the way the data is merged for each database. For example, a database used by healthcare staff to collect patient survey information could be merged by multiple iPhone HanDBase users into a single database, and the records then deleted from the iPhone for a fresh start. Or a price list of products could be updated to a salesperson's iPod touch each time they sync to provide them with the latest pricing of the products they sell.

The HanDBase Plus for iPhone add-on package also handles creating multiple backups of both device and desktop databases, so accidental changes to a database can be reverted easily by reinstalling a backup. And despite all this functionality, all syncing and backing up is done with little user interaction, making it easy to implement in the workplace or for personal use.

"We have had the Windows version of the conduit package available since the launch of HanDBase for iPhone in October", says Dave Haupert, President of DDH Software. "It's been a very popular add-on, but it was always our intention to also release a Mac version of the conduit as soon as we could. As a Mac user myself, I'm thrilled to be able to offer this product as we also announce our intentions to further enhance our Mac Desktop version of HanDBase throughout the coming year".

Along with the HanDBase Plus add-on for Macs, DDH Software is also announcing availability of a new version of it's Mac Desktop application, the first of several major updates due this year, designed to incrementally add more editing features and functionality to the desktop companion product. In addition, the HanDBase for iPhone product has been updated with a new View and Edit Record screen layout, and improvements to it's user interface.

Pricing and Availability:
HanDBase for iPhone is available in the Apple iTunes App Store for $9.99 (USD). The new HanDBase Plus for iPhone add-on package is now available at DDH Software with an introductory price of $14.99 (USD). 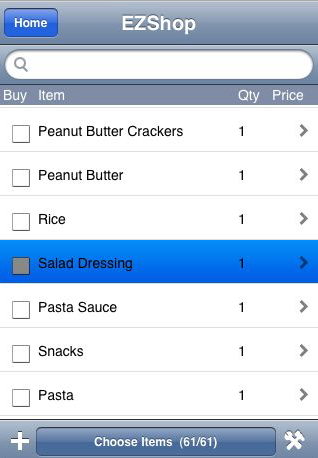 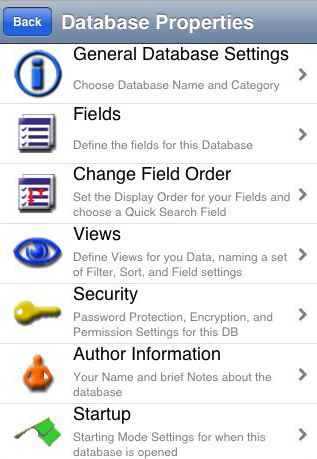 Jeff - April 23, 2009 at 3:14pm
Did not have it in iTunes, and the copy from DDH does not see the iPhone. Asks if I want to see the log, but no log.. Think it's in need of some work! This software ran great on my PalmV, this is the only Reason I'd use it as I was familure with it.. STILL BUGGY!
Reply · Like · Mark as Spam
Recent