StatusHUD has been updated for iOS 7 and ARM64 Devices including the iPhone 5s and the iPad Air. It is also now a free tweak (previously .99).

For those unfamiliar with StatusHUD, it is a tweak that puts your Volume HUD in the status bar of your iPhone. The tweak which was developed by alan from tweakcc is also the developer of Overview, AltKeyboard, Tap to Widgets, BrowseInApp and StatusTab.

StatusHUD puts the volume HUD in the status bar. You can choose either square or circle style. It supports showing volume and ring/silent state. In fullscreen apps, HUD will be shown in a temporary status bar (see screenshot).

For those that had the previous version of StatusHUD on iOS 6, the developer also included some changes as well.

You can download StatusHUD for free from the BigBoss repo 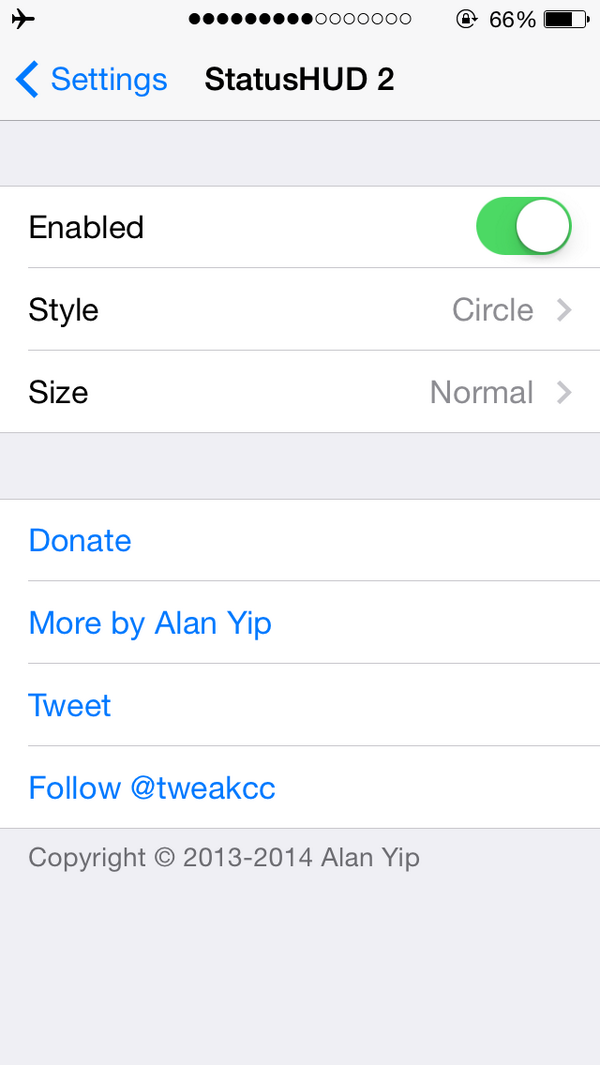 ivand - January 18, 2014 at 1:30am
Had to install preference loader separately. Got it installed however does not work for me. Status bar is as before.
Reply · Like · Mark as Spam
Recent