The case was posted by Nowhereelse:

Then notice the rectangular format of the volume control buttons (# 1) which differs from the format of round buttons on previous generations. Finally, unlike the cases revealed last night and as yet the rumored, the standby button of the device has been moved to one of its lateral edges (2 #).

In his Apple roadmap research note, KGI Securities analyst Ming Chi-Kuo recently detailed specifications for the 4.7-inch and 5.5-inch iPhone 6 and revealed that Apple may move the sleep/wake button to facilitate one-handed operation on the larger devices.

This case is just one of a recent flurry of leaks that suggests Apple may be ramping up iPhone 6 production earlier than expected. We've seen leaked schematics, molds and more molds, a 5.1-inch front panel, batteries, and mockups. 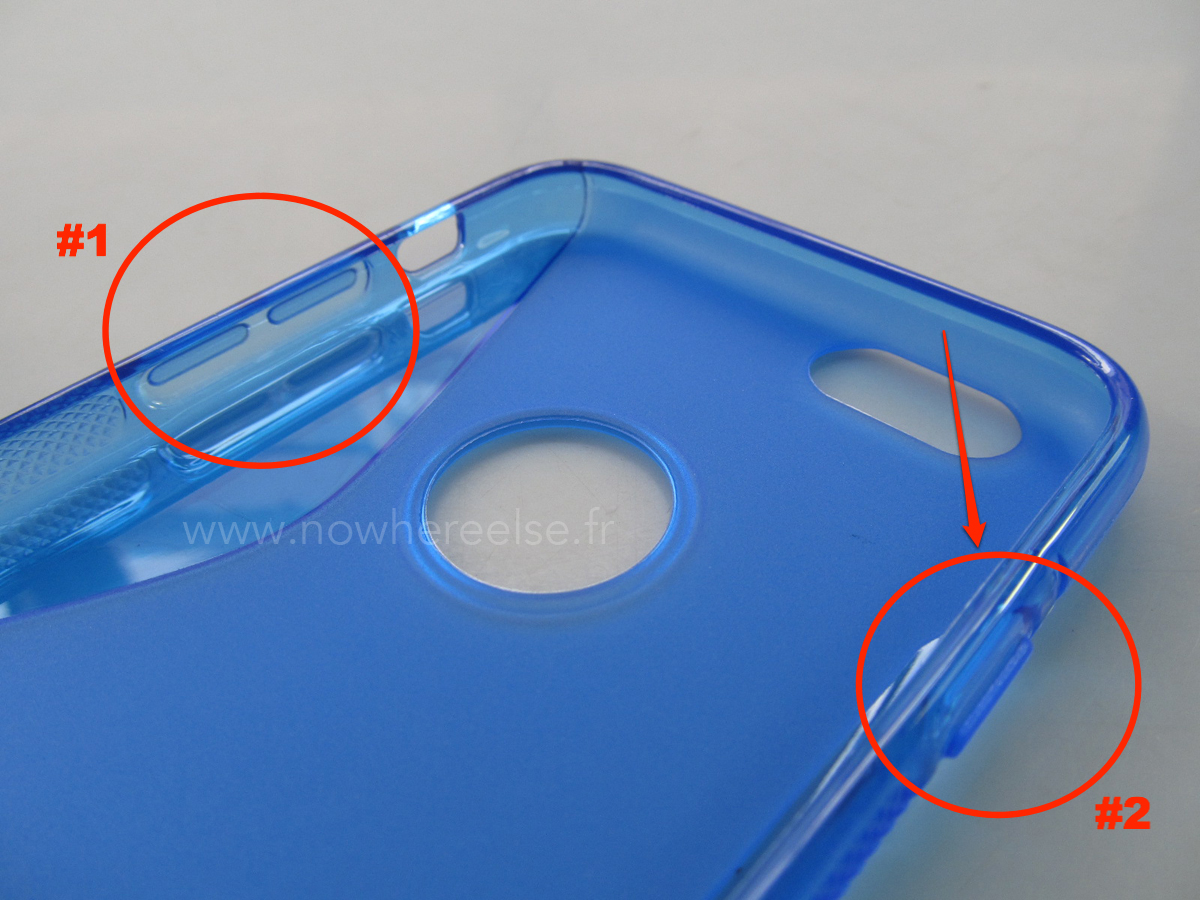 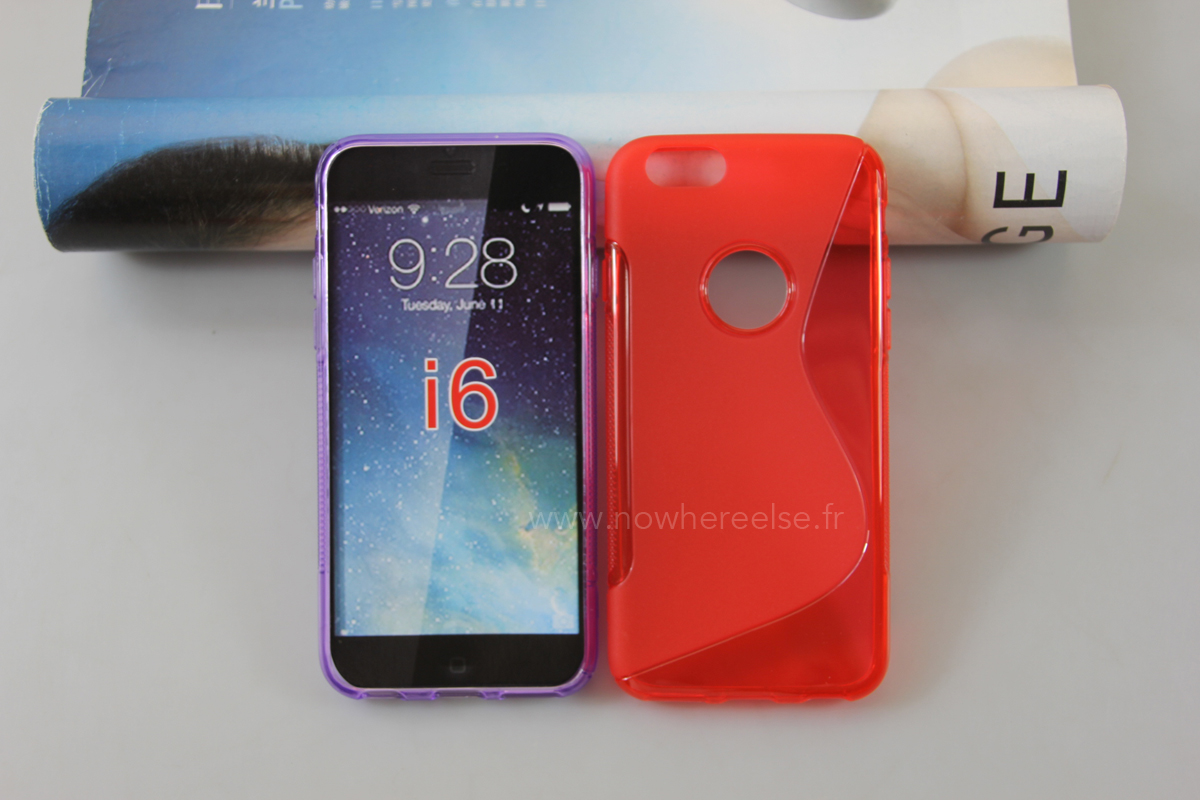 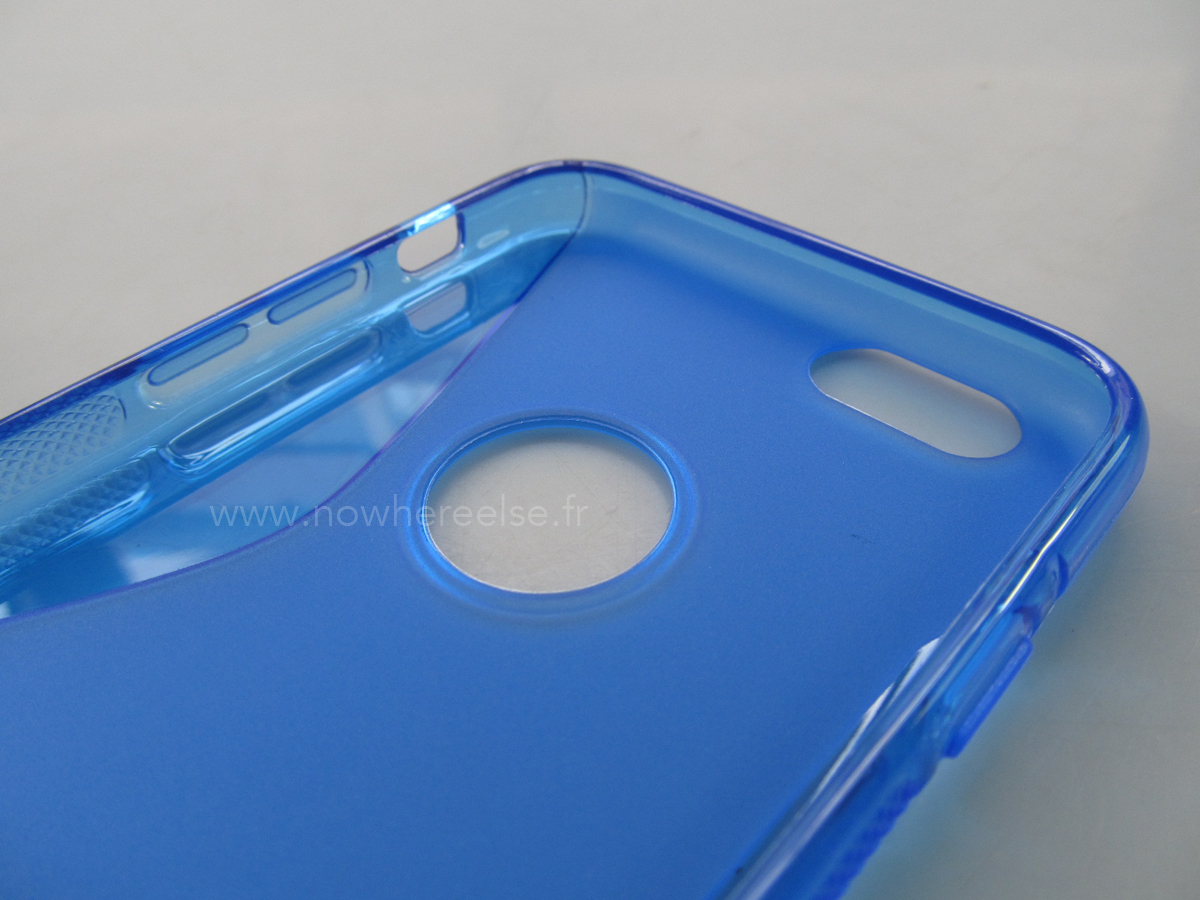 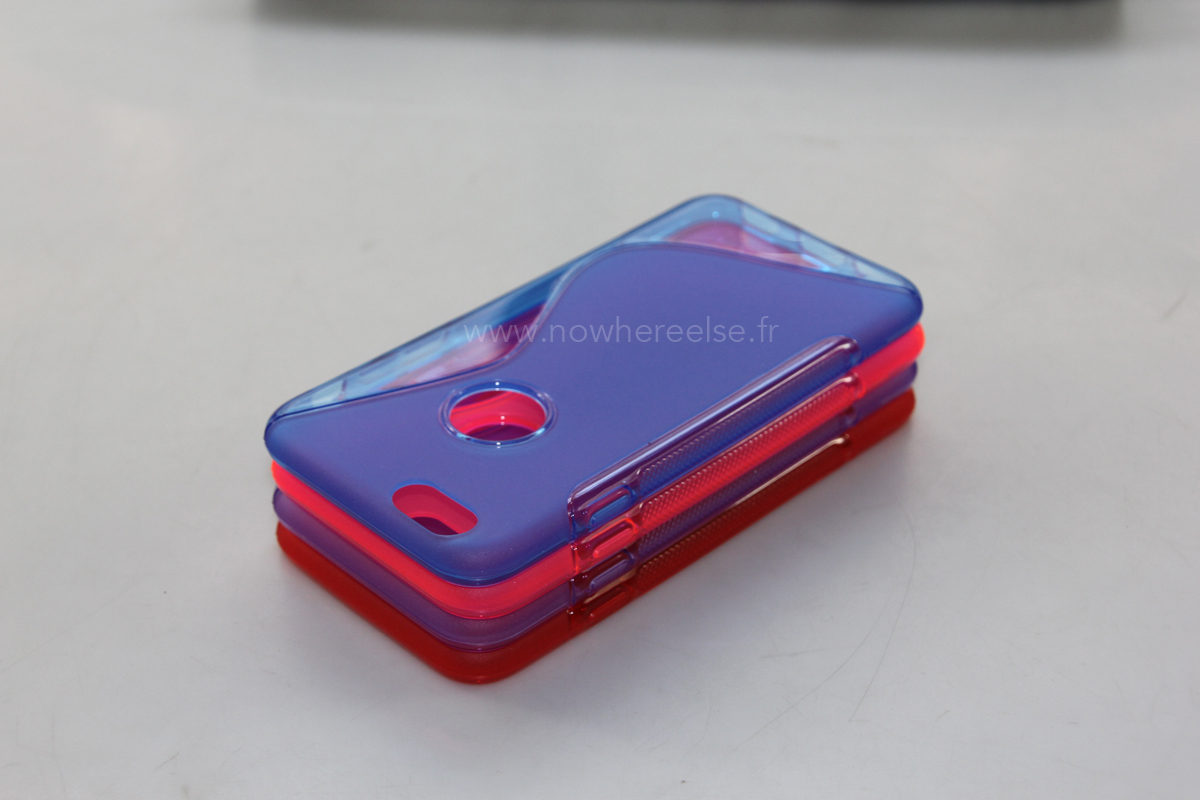 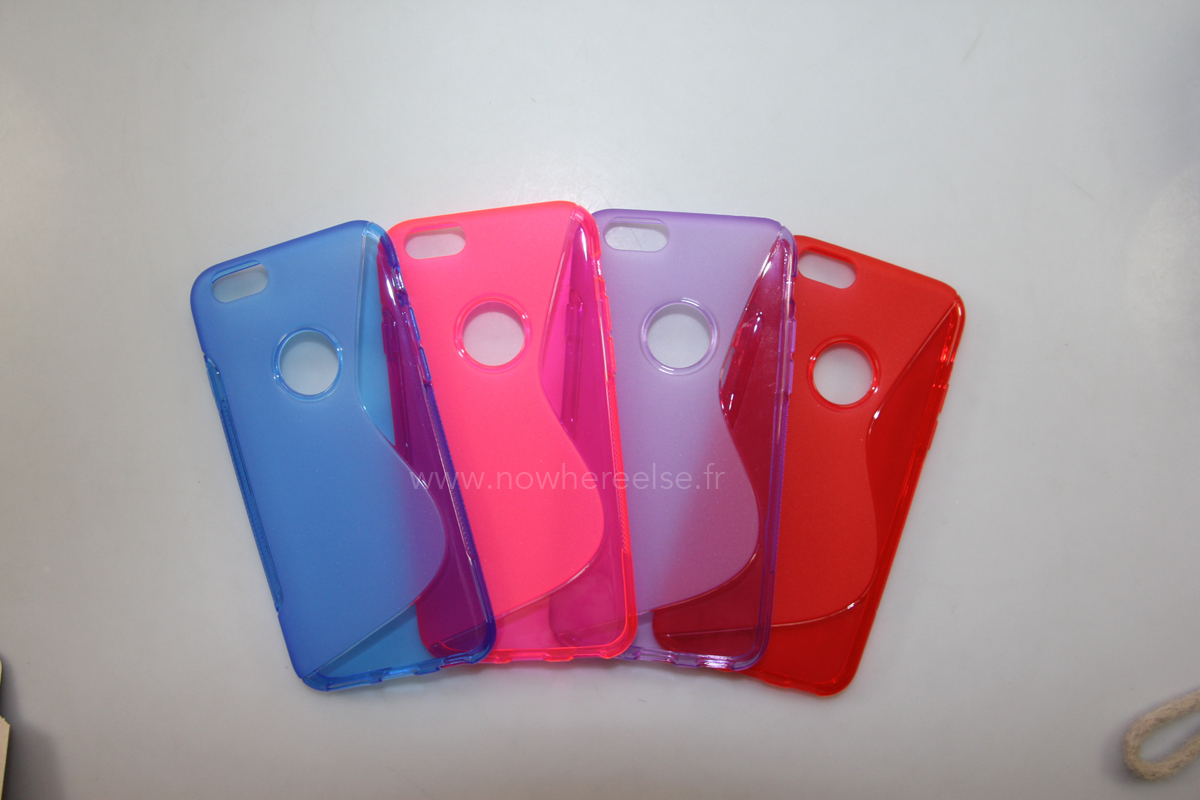 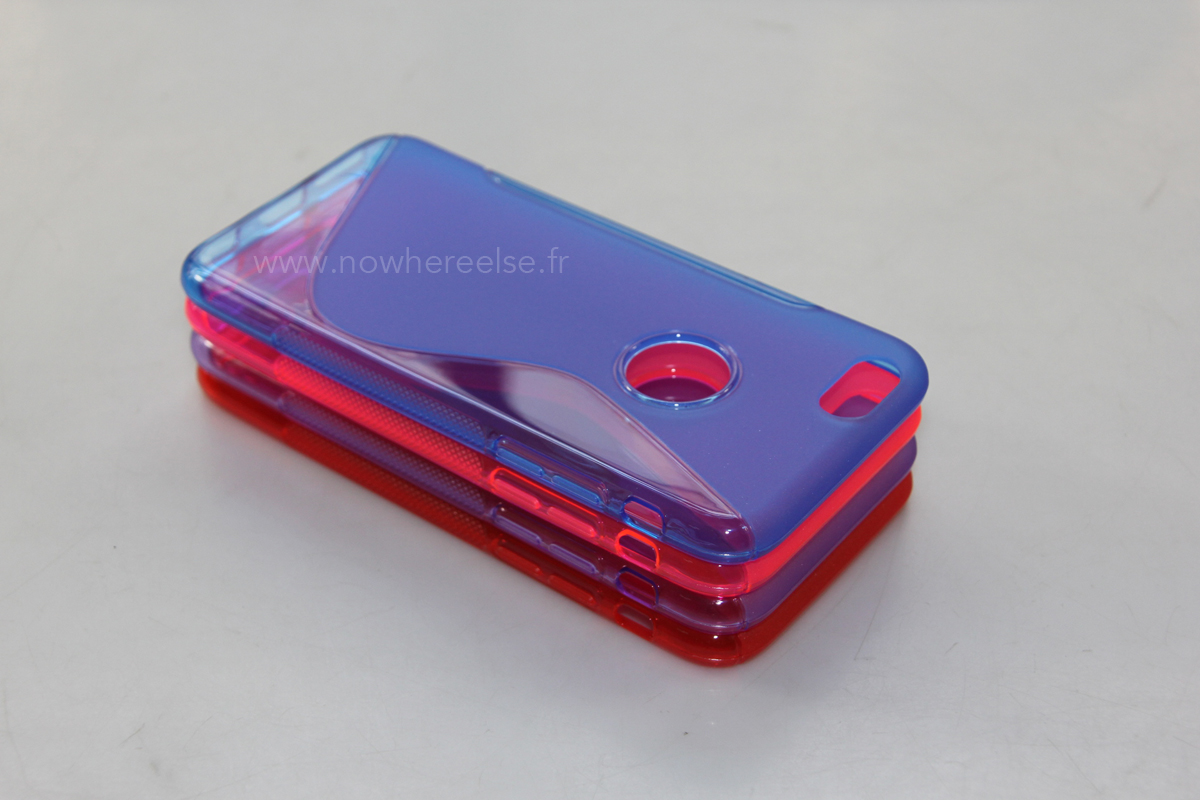 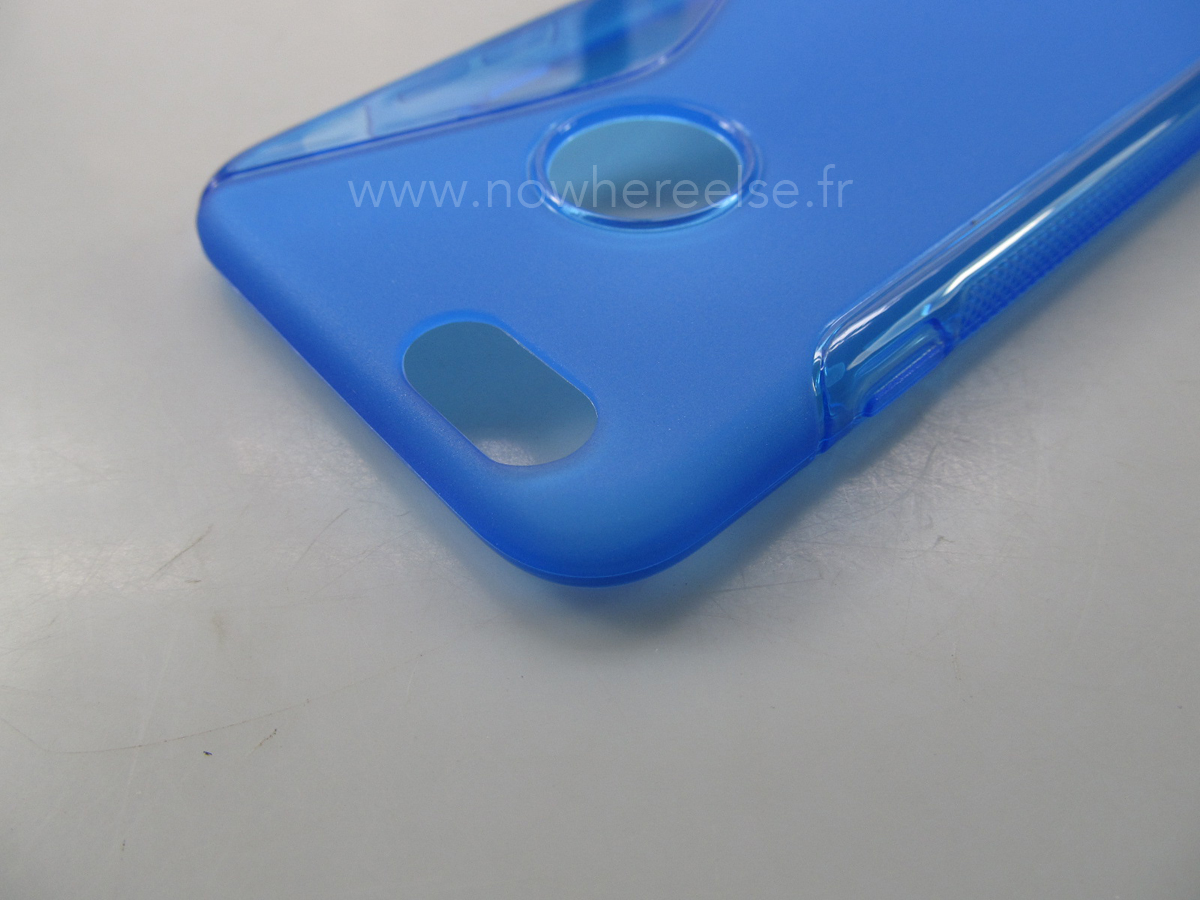 TrollsCunt - April 17, 2014 at 2:55pm
What a cry babies all of you, understand one thing, apple is smart enough to come out straight from the closet after all this years and realize the have been making a mistake. So there is nothing else to do more than what they did with the mac, adopt intel, so the are going full samsung inside. They have realized that samsung hardware is cheaper so they can make more money off you fools, apple trolls, iSheeps and all DumbFucks. And that explains why the botton on the side. Finally " if you can defeat your enemy, join them", so welcome iSampple.
Reply · Like · Mark as Spam

TrollsCunt cock - April 17, 2014 at 4:04pm
Wow, a delusional basterd thinking Apple would go full retard like that. Did samshit give a damn to explain why big screen and button on the side served a purpose? Quit doing cocaine before going full retard, you are mind control inside, you can't fool us like other samsheep here has tried. Do they even give 2 shits about their products to improve, what about android malware? Fixed that yet? Cheaper phone btw makes the specs cheap, the more you pay the more you get out of the phone. Finally, how the hell does beating the enemy even if you kill them mean we join them. How does your samsheep logic work, because we don't speak retard like you.
Reply · Like · Mark as Spam

TrollsCunt - April 17, 2014 at 5:37pm
iPhone will shock the world once more, by going samsung. You can call yourself TrollsCunt cock cause I am sure you have a tiny cock, just by calling yourself cock, At least i like being a Cunt.
Reply · Like · Mark as Spam

TrollsCunt cock - April 17, 2014 at 6:14pm
And you shocked us by going retard. My name involves how gay you are and why your body parts play tricks and still ain't fooling us. You act like a cunt and have a ocky attitude. xD
Reply · Like · Mark as Spam

TrollsCunt cock - April 17, 2014 at 6:14pm
And you shocked us by going retard. My name involves how gay you are and why your body parts play tricks and still ain't fooling us. You act like a cunt and have a ocky attitude. xD
Reply · Like · Mark as Spam
23 More Comments
Recent