Apple has reportedly decided to stop using TLC NAND flash memory in the higher capacities of the iPhone 6 and iPhone 6 Plus following user reports of unexpected crashes and devices that are stuck in a boot loop, according to BusinessKorea.

According to industry sources on Nov. 6, the U.S. smartphone giant has decided to discontinue its use of triple-level cell (TLC) NAND, since the company believes that the functional defects plaguing the 64GB iPhone 6 and the 128GB iPhone 6+ stem from a problem in the controller IC of the TLC NAND flash. The controller IC in question is reportedly made by SSD maker Anobit, which was sold to Apple in 2011.

TLC NAND flash memory can store 3 bits of data percell, that's 1.5 times as much as multi-level (MLC) flash data. TLC flash is also more affordable but is slower when reading or writing data. This may be part of the reason that the 128GB iPhone 6 Plus takes nearly 10 seconds longer to boot than the 16GB model.

According to the report, Apple is planning to use MLC NAND flash in the 64GB iPhone 6 and the 128GB iPhone 6+ in the future. The company also plans to improved products using TLC NAND with the iOS 8.1.1 firmware update. 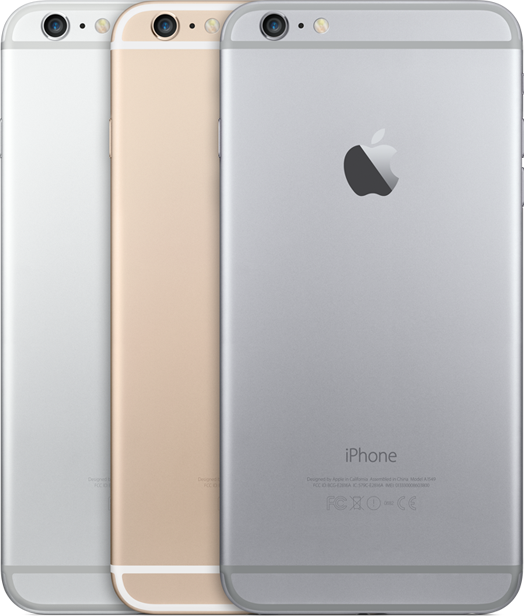 tlc badluck - January 10, 2015 at 5:33pm
I have asked Apple to replace my iPhone 6 Plus 128GB three times because of this defective memory component TLC NAND Flash. And they did replace it three times without arguing! This is the 4th replacement in my hands in a couple of months! You can see if you have the defective TLC NAND Flash or the non-defective MLC NAND Flash just using the app www.pgyer.com/tlccheck I suggest you all to go to your Apple Store and simply say: "my iPhone 6 reboots randomly 5 times a day and my apps (always mention Apple apps as Pages, Numbers, Safari) crash randomly 10 times a day. I bought the costliest existing iPhone specifically to work out of the office on those apps and with these reboots and crashes I can't get any work done." Then you will see how they will immediately replace it with a new one as they keep doing with me. The reason why they replace them without arguing is that they perfectly know the problem even though they will never admit it to you. Admitting it to you would mean admitting it publicly and that would mean being forced to start a dramatically costly mass replacement worldwide. Even though they will never admit it to you they still will always replace it because they are afraid that you will sue them therefore publicly revealing the problem with an even worst damaging publicity. If you even only mention the name TLC NAND Flash defective memory component (that was stopped being used by Apple in favor of MLC six weeks after the release of the iPhone 6 and 6 Plus because of the discovery of them causing random reboots and crashes) every Apple employee is instructed to reply to you that if that information is not on the Apple webpage it is an untrue rumor (and I always reply them that Apple not only excludes false rumors from its webpage but obviously also truths that are dramatically inconvenient for them, right?). In my case I have not been lucky because this last replacement has a TLC from Toshiba, the previous replacement had the TLC from Sandisk and the previous replacement had a TLC as well (I don't remember the manufacturer), the previous iPhone, which was the original one, was working perfectly and I replaced it for a completely different reason in a moment in which I had no idea about the existence of these defective components, otherwise I would've realized how lucky I was and I would've kept it. I don't care whether or not they admit it during the replacement. What I care and what I tell them (and what you should also tell them when they replace it) is that I will keep scheduling my Apple Genius appointment every Monday and make them replace my iPhone 6+ every week until they give me one that doesn't reboot/crashes no matter what the real cause is. In other words until they give me one with the non-defective "MLC" NAND FLASH memory component. You should do the same.
Reply · Like · Mark as Spam

Diggy - November 9, 2014 at 8:40pm
Let's not be so quick to dismiss this report simply because it has ties with Korea. Let's remember exactly how much business Samsung and Apple do together. Yes they fight for the same market share space but Samsung also is a partner in the creation of the iPhone and has been for years. I think it's time to wait and see if more reports come out to confirm this or if this is a one time report.
Reply · Like · Mark as Spam

Bill - November 9, 2014 at 6:55pm
Nobody should buy an iPhone six anyway until they put the camera back in the right place. No protrusion!
Reply · Like · Mark as Spam