Apple has released iOS 8.1.1 beta to developers for testing.

Developers can get the update from the iOS Dev Center at the link below. If you spot anything else that's new, let us know in the comments! 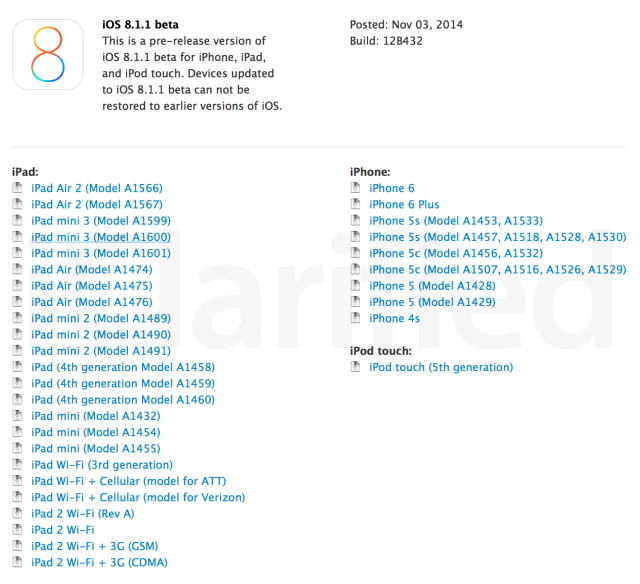 Mobilevids - November 7, 2014 at 12:02am
I need a jailbreak now cuz my damn girl updated my iPhone 5S to iOS 8.1 (by accident she claims). by accident my ass!! Now without Cydia I can't get back the "bigU Movies" app I installed from xsellize repo or insanelyi repo to watch new movies like John Wick, Fury, Dracula Untold, The Equalizer, Annabelle and No Good Deed. I really hope I can use this Pangu jailbreak successfully cuz my nights & weekends won't be the same when I can't watch movies.
Reply · Like · Mark as Spam

bettaUnit7 - November 4, 2014 at 6:33pm
Apple needs to stop hiring ex-Android developers this is the reason for failure. I know, I'm a iOS dev.
Reply · Like · Mark as Spam
18 More Comments
Recent