The Nice Trace utility traces the route to the host in the Internet using graphically nice style and animations. Then it continues to monitor the whole path to the network resource in real-time driving your attention to possible bottlenecks and network problems if any.

Nice Trace is not just a tool for network administrators, webmasters and developers to display a route to host in a nice way. It is also a helpful network diagnostics instrument that aims at finding bottlenecks and problems along the path to a given host. Using a specially designed asynchronous algorithm it faster passes through the problematic hops not hanging on them thus helping to reach the destination host faster.

Upon progress in the path discovery and tracking displays available hops information in real-time - hop number, IP address of the router replied, its reverse hostname (PTR DNS record), country location of its owner, average packets round trip time (RTT), counts of packets that were send to and received from the hop and percentage of the packet loss.

Pricing and Availability:
For a limited time Nice Trace 1.0 is on sale for $.99 (USD) exclusively through Apple's iTunes Store. 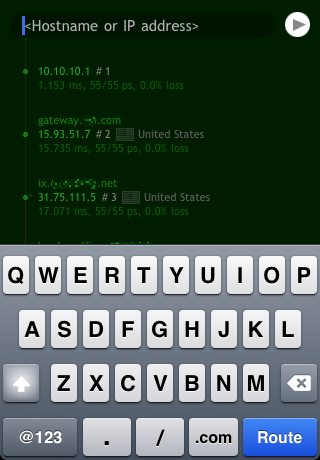 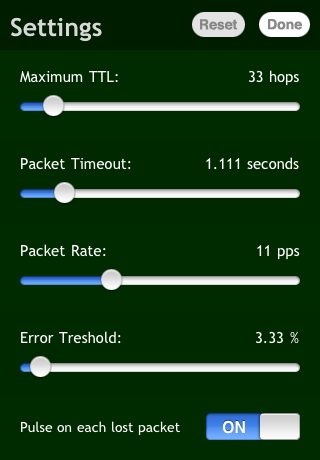 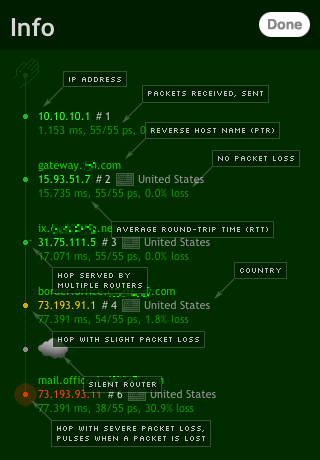