A new report from App Annie reveals that the Google Play Store saw 60% more app downloads than the Apple App Store in 2014. Despite that, the App Store generated more yearly revenue. 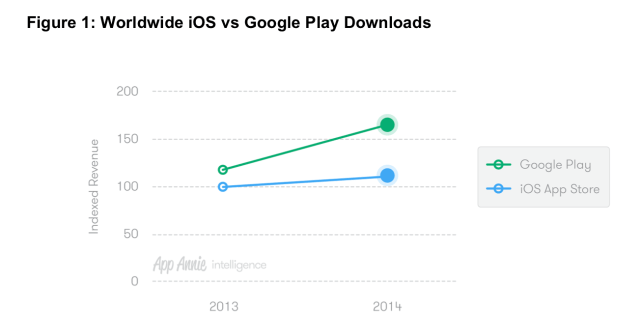 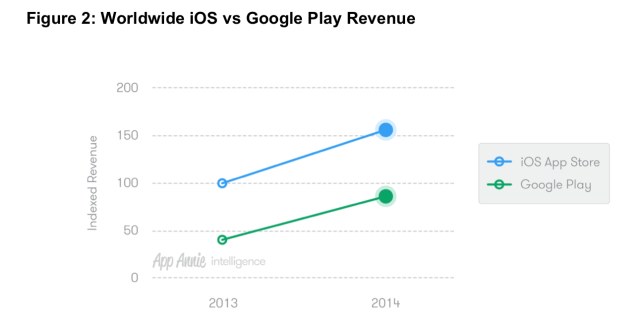 Looking at the demographics of downloaders, App Annie found that females skewed more towards social, photo, and video apps.

When compared to the gender ratio of overall app downloads, mobile gamers tended to be slightly more male in composition, whereas the Social Networking and Photo & Video categories skewed towards female audiences. 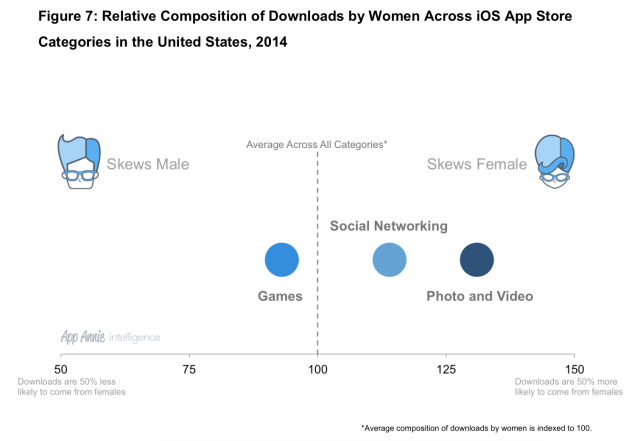 App Annie also noted that super casual games such as Flappy Bird were a hit in 2014.

Among top apps, one or more ‘super casual’ games finished in the top 10 by monthly downloads for 10 out of 12 months in 2014, lending further credence to the theory that a broad swath of mobile users consume games in simple, bite-sized portions.

Hit the link below to download their free report. 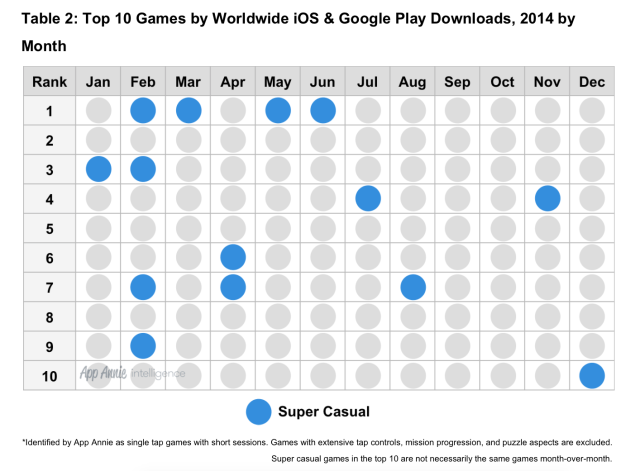 Rob LaPointe - March 10, 2015 at 11:13am
Yes that is obvious! the iOS game apps are peek in $$$$$ generations compared to the hollywood movies and other category of apps http://www.softwaredevelopersindia.com
Reply · Like · Mark as Spam

Judge dreed - January 30, 2015 at 1:42am
Majority of android apps are not even compatible with most android device and the worst ones kills the platform... It's easy to make and easy to get malware.
Reply · Like · Mark as Spam

LouieF - January 30, 2015 at 12:40am
This has nothing to do with developer earnings. Android devs are finally getting paid and nobody making apps for iOS can tell me otherwise. iOS is oppressive when it comes to monetizing apps. The App Store is a death trap for creativity, whereas the 20 or 30 Android app stores of the world make it much easier to bring relevant, attractive and well-targeted ads to mobile users. For crying out loud, I made more last quarter just monetizing with Airpush (an Android ad network) than I did all of the previous year just on iOS.
Reply · Like · Mark as Spam

Ren - January 30, 2015 at 12:50am
No one makes apps for iOS? Do you realize why many continue to download more than google play? I even see more apps to look for there than android hence the performance. Ios is harder to code, that's why not that many go on it.
Reply · Like · Mark as Spam

Judge Dreed - January 30, 2015 at 2:03am
You design that crap app? You barely scored 1 star for stability...design quality apps for people that cares. Android users are so use to crappy apps..they don't care.
Reply · Like · Mark as Spam
6 More Comments
Recent