Shazam was updated today with camera support, enabling users to Shazam images that contain QR codes or the Shazam camera logo. QR Codes, along with the Shazam camera logo, (Shazam's version of a QR code) can unlock exclusive content, provide more interactive experiences, and much more. In addition to a new image discovery, Shazam also lets you sign in with your email address for a more personalized experience

While Shazam's Camera mode is limited to only QR codes and the logo for now, it is interesting to see the app add new forms of discovery.

Shazam is one of the world’s most popular apps, used by more than 100 million people each month to magically connect with the world around them.

Features
• Preview and buy tracks on iTunes
• Sing along to the beat with real time lyrics
• Watch music videos on YouTube
• Share your discoveries on Facebook, Twitter, WhatsApp, Google+ and Pinterest
• Listen to your Shazams in Rdio, Beats Music, Spotify, Deezer or Google Play All Access (where available)
• Connect to Spotify / Rdio to play full tracks in Shazam and add your Shazams to Spotify / Rdio playlists
• Start an iTunes Radio station based on tracks you've Shazamed (where available)
• See song recommendations from others like you

Shazam in no time. Launch Shazam on your Apple Watch for the artist, song, and lyrics that unfold with the music.You can also use Shazam with TV.

What's New In This Version:
• See it, Shazam it! Now you can Shazam images whenever you see our camera logo or a QR code. Unlock additional content, interactive experiences, special offers, and much more. Tap the camera icon on the homescreen to get started.

• You can now log in with your email address to see your discoveries on shazam.com and experience a more personalized Shazam.

You can download Shazam from the App Store for free. 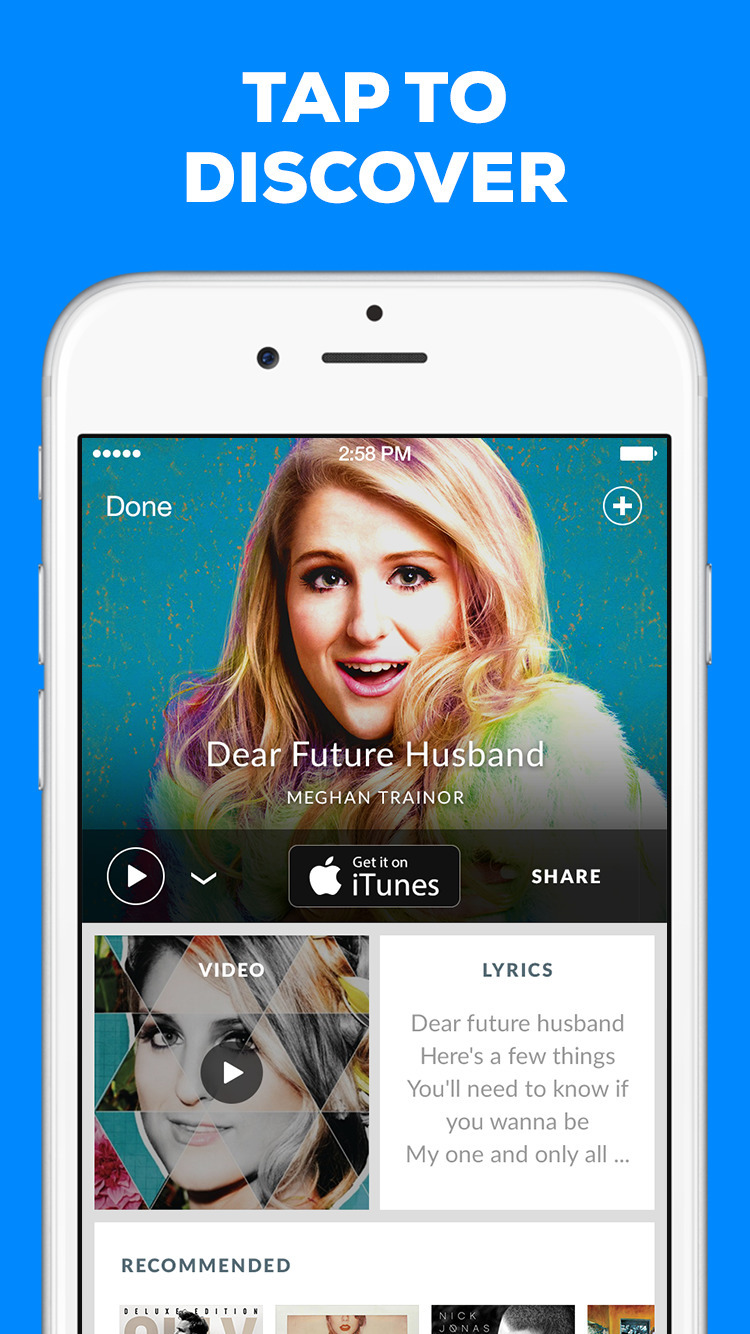 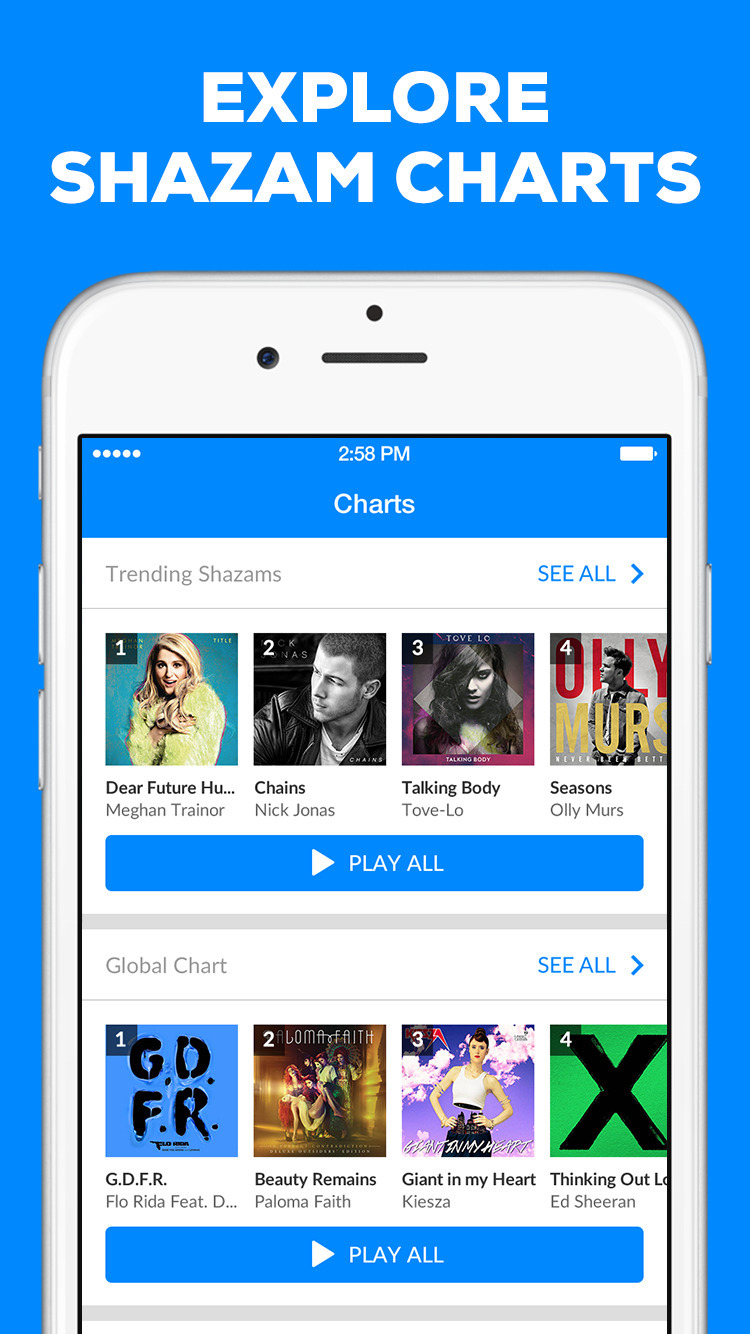 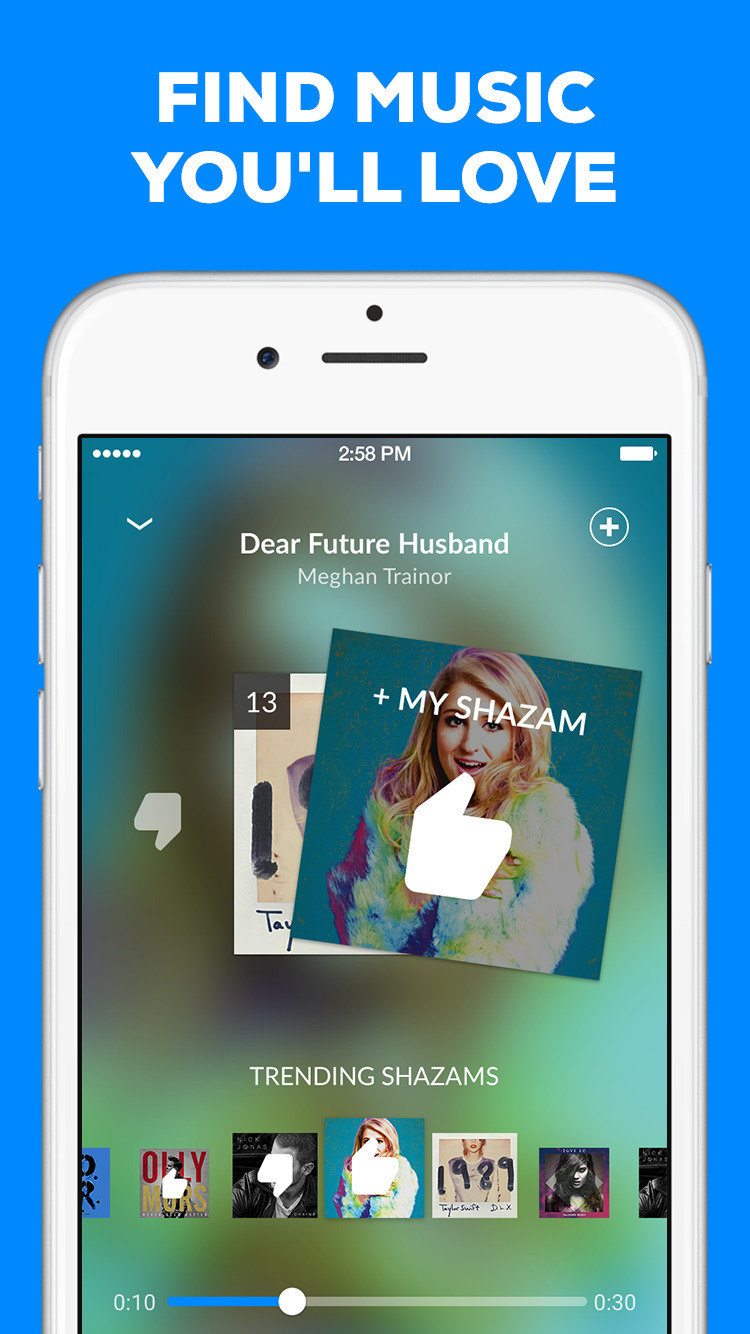 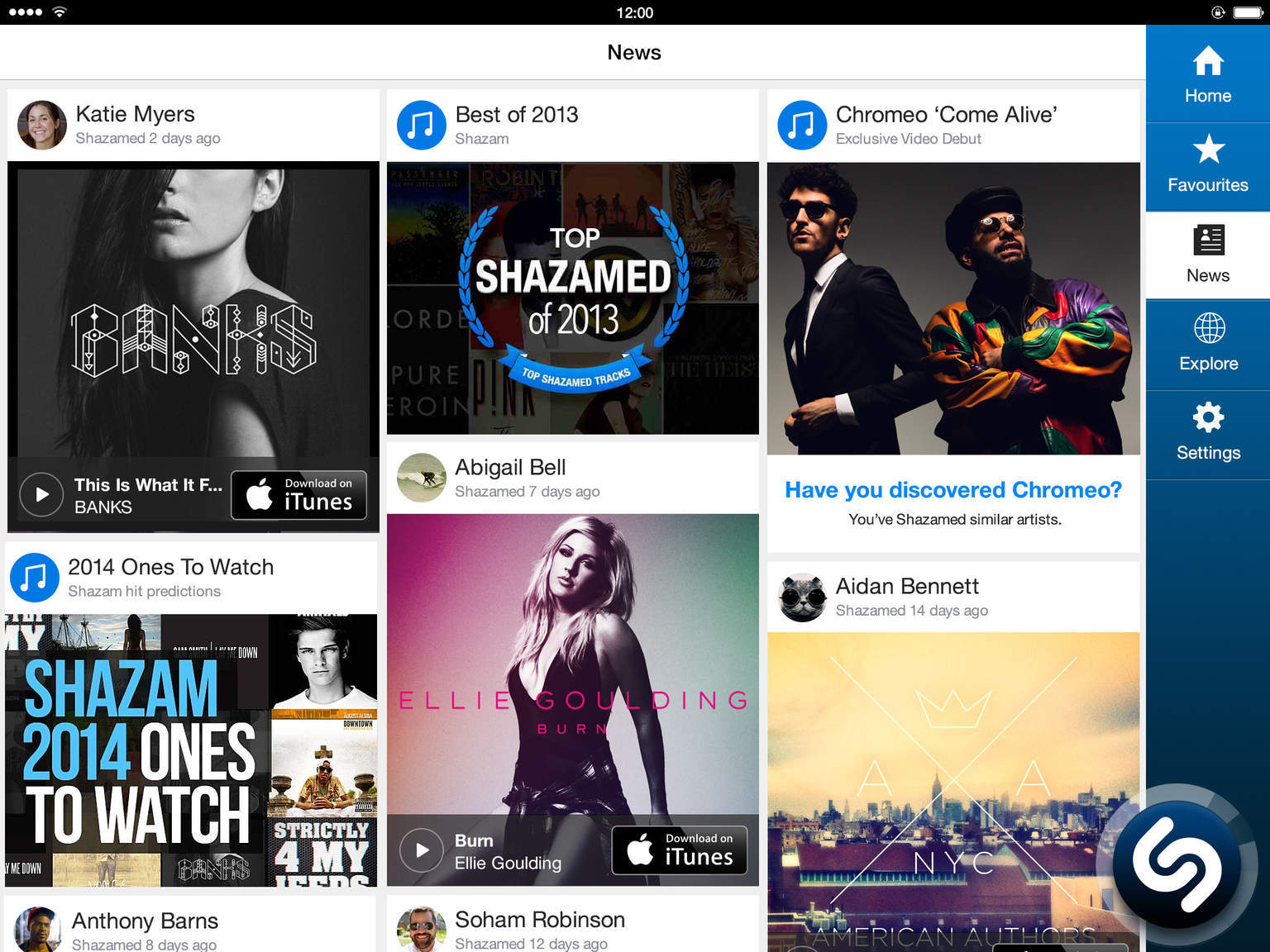 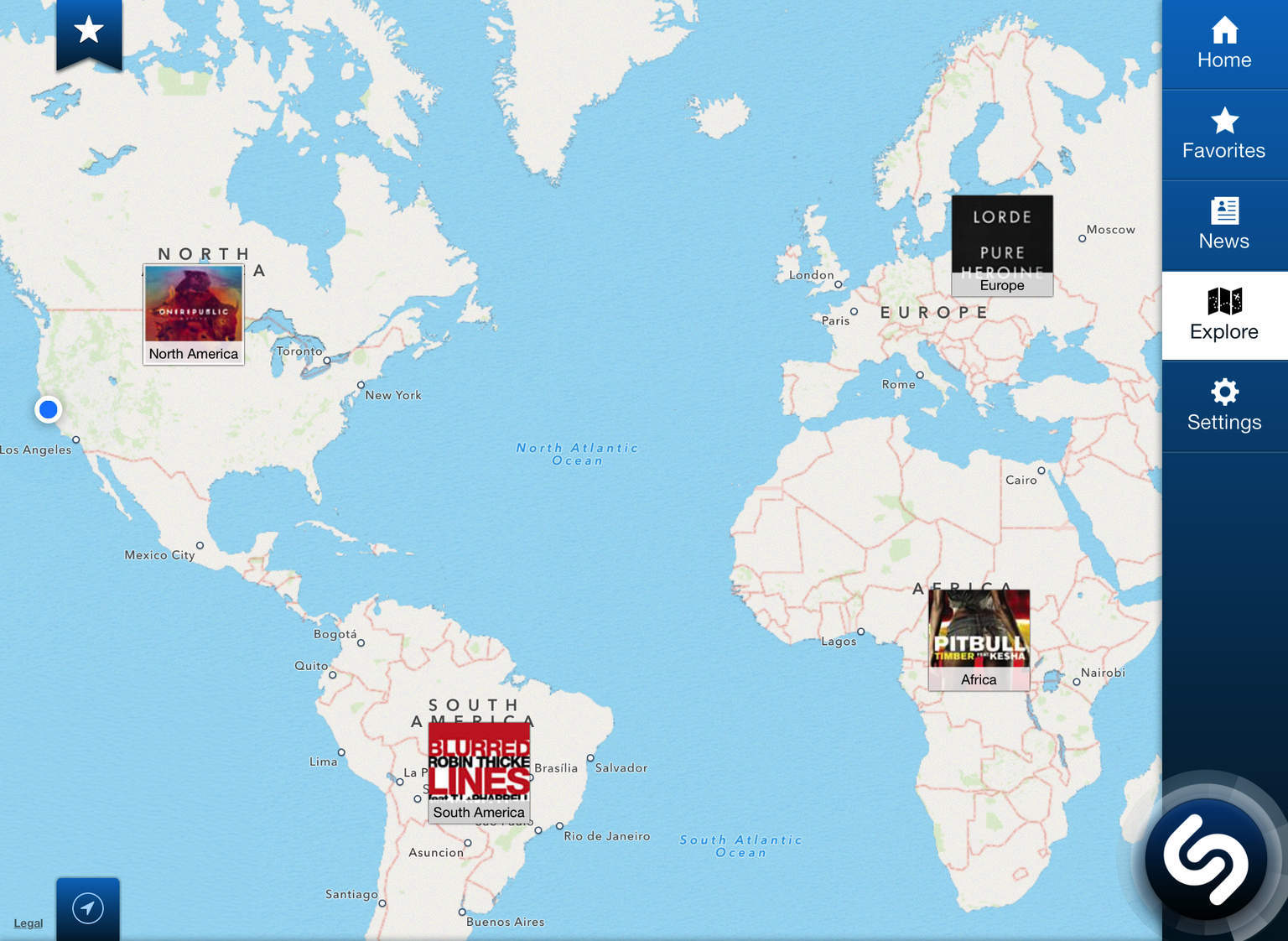