The Steve Jobs movie from Universal Pictures grossed just $7.3 million from its first weekend of wide release, reports the Hollywood Reporter. The movie played in 2,493 theaters this weekend after limited release two weeks ago.

Those backing Steve Jobs had wanted to land somewhere in the teens, but are counting on a long run throughout awards season (an A- CinemaScore should help word of mouth). Jobs is over-indexing in upscale theaters in major cities, including the Bay Area — home of Apple — but falling flat in Middle America. Two weekends ago, the $30 million movie scored the top location average of the year to date when opening in New York and Los Angeles. Through Sunday, its domestic total is $10 million.

"We're going to redouble our efforts to support these markets," said Universal domestic distribution chief Nic Carpou. "It's working great in these theaters now, and we want to make sure it continues to do so."

Did you go see the movie? Let us know what you thought in the comments! You can watch a trailer for the film here. 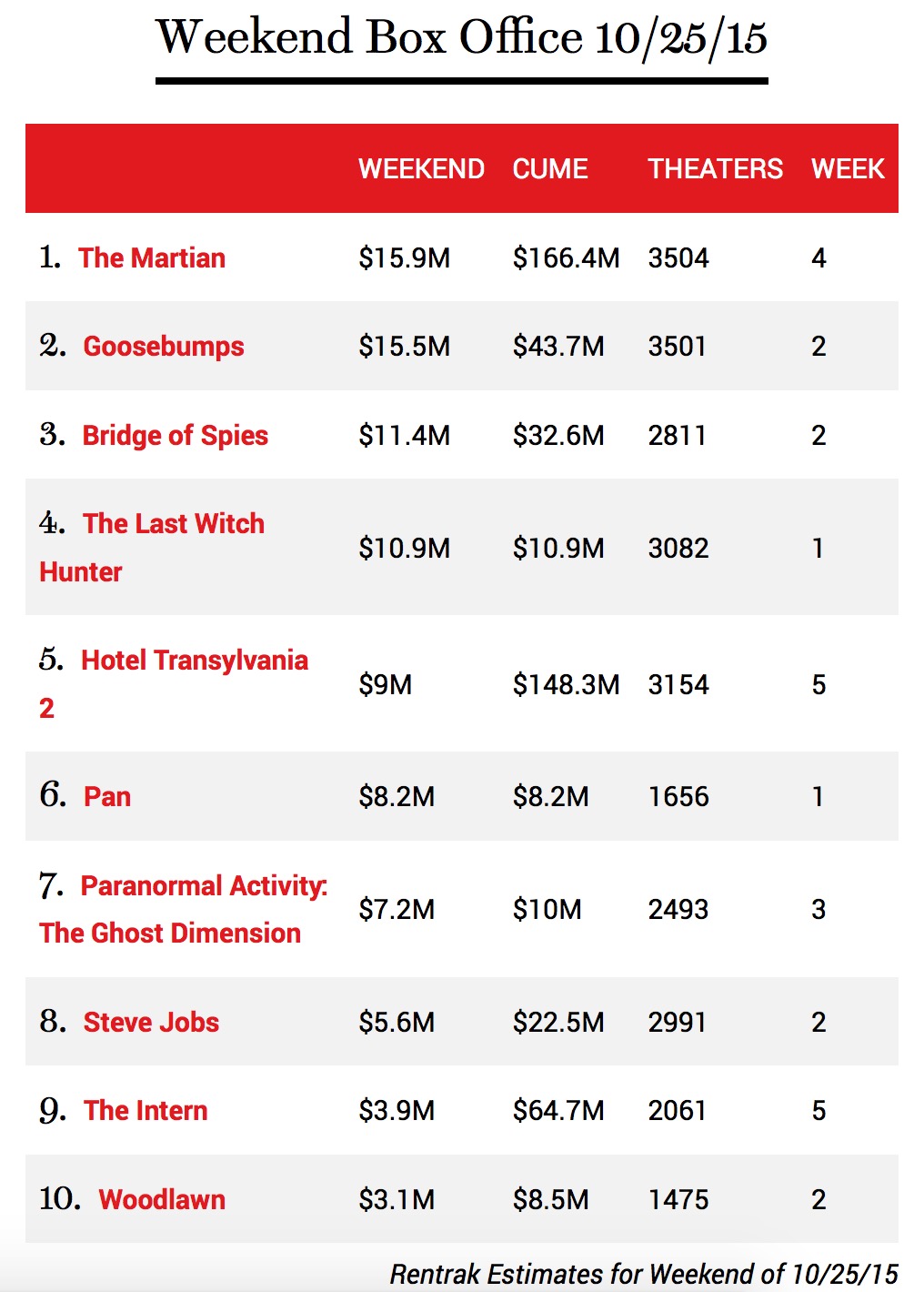 Prejudiced Tim - October 27, 2015 at 6:24am
Seriously? Anyone expected anything different? I wouldn't pollute my torrent client with this piece of shit much less pay to see it. For that matter, who pays for movies nowadays besides technologically challenged people? There's a thing called XBMC, and if you're old-school, there's torrents!!!
Reply · Like · Mark as Spam

Prejudiced Tim - October 27, 2015 at 6:29am
Ok...an addendum toy previous statement...I will be paying to see "The Force Awakens"...just for the experience. An epic saga like Star Wars deserves a theater viewing, along with other great films...that said...there is nothing great about this film...nothing to warrant a theater visit...so why would it make money??? Smh
Reply · Like · Mark as Spam

Bannd - October 26, 2015 at 10:50pm
Ok. I am one of those victims who wasted money for this terrible movie. Just dont watch it. Its a waste of money and time!! Dont even download!! That said, only scene i remember is when Steve Jobs was about to have an event, and all these ppl come out from nowhere and have good long high school drama conversation. Why?? Because thats the only thing they did in movie. Same scene!! Just different people and different events. But same conversations over and over.
Reply · Like · Mark as Spam

SayingWhatEveryonesThinking - October 26, 2015 at 4:06pm
It's because the movie sucks.
Reply · Like · Mark as Spam
5 More Comments
Recent