Samsung is reportedly adding a 3D Touch like pressure sensitive display and a high-speed charging port to its Galaxy S7 lineup of smartphones. The company is also considering adding a retina scanner to select versions of the device which will likely launch in March, reports the WSJ.

The pressure-sensitive display, for instance, will be similar to that offered by rival Apple Inc. on the iPhone 6s earlier this year. The responsive display allows the phone to interpret different taps and touches depending on how the user presses on the touch screen. The Galaxy S7 will likely also feature a next-generation charging and connection port called a USB Type-C port, the people said, which will allow for a full day’s charge in under 30 minutes and in some cases significantly faster than that.

The smartphone is also said to feature an improved camera that is optimized for lowlight and will sit flush with the back of the phone. The non-curved version of the Galaxy S7 will reportedly have an external memory card slot.

Samsung is expected to unveil the new devices alongside Mobile World Congress in Barcelona. They will likely ship in March. 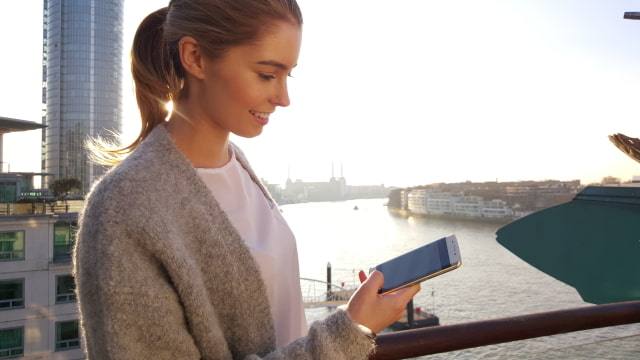 fedupfan - December 19, 2015 at 7:48am
You guys that are talking about copying do realize that Blackberry first did this in 2008. I love Apple and my iPhones as much as the next guy but we (Apple fans) are just looking like bigger idiots every day. When Apple does something that's been done before we praise it and say they invented or improved on it. When someone else does it we b!tch and moan and say they're copying. It's getting ridiculous!
Reply · Like · Mark as Spam

Hernan Pinzon Jr - December 15, 2015 at 12:35am
Does this asian company know the word invention or innovation. it seems that the only word they have is CLONING!!!!!!
Reply · Like · Mark as Spam
9 More Comments
Recent