Fast Company is confirming reports that the iPhone 7 will be waterproof and will not have a headphone jack. The site is also reporting that the smartphone will likely support wireless charging.

Apple’s next big phone—presumably called the iPhone 7—will come without a 3.5mm headphone jack, will be noticeably thinner, will very likely support wireless charging and be waterproof, a source with knowledge of the company’s plans tells Fast Company.

Apple is reportedly working with Cirrus Logic to adapt the audio chipset in the iPhone to work with the Lightning port. In addition, the audio system is said to get a new noise-canceling technology from Wolfson Microelectronics, a company recently acquired by Cirrus. The technology will be integrated into the iPhone and the headphones that ship with it and will help remove background noise while listening to music and making phone calls. Third-party headphone makers will be able to use the technology but they'll need to purchase a license.

Fast Company's source believes that the noise-canceling, Lightning connected EarPods will be a separate purchase, possibly under the Beats brand. Previous reports have suggested that Apple will include a Lightning to 3.5mm adapter with the iPhone 7 but this isn't confirmed.

Apple is also believed to be including wireless charging into the iPhone 7. The Apple Watch already uses wireless inductive charging so this feature is definitely in the realm of possibility.

Finally, the iPhone 7 is said to be completely waterproof. This would be accomplished by applying a special chemical coating to the devices' components. This method of waterproofing an iPhone has been available from third party companies like Liquipel for many years but for some reason Apple has yet to implement it.

Recent reports have warned that iPhone sales may be slowing down and analysts are already looking to the iPhone 7 to boost Apple's stock. Do these features make the iPhone 7 a must have for you? 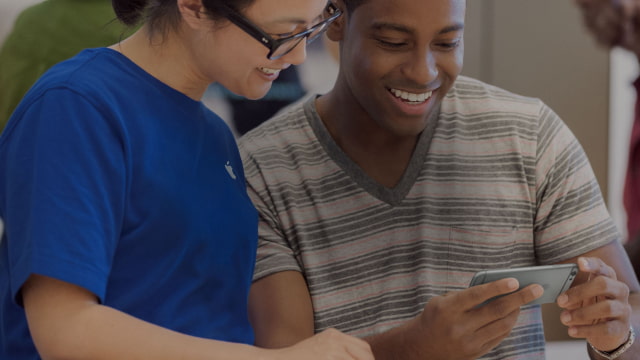 What a GREAT question - January 11, 2016 at 3:57pm
Gee, maybe because all phone companies build phones differently and if you think about how removable batteries achieve it. Did I forget to mention most 6s tests actually prove them to be waterproof? No seriously.
Reply · Like · Mark as Spam

This may be good new from what I'm about to mention - January 9, 2016 at 3:57am
Did y'all know that there is an actual petition for Apple to not remove the headphone jack? Over 217,000 have signed it so far and so have I. action.sumofus.org/a/iphone-headphone-jack/
Reply · Like · Mark as Spam

SayingWhatEveryonesThinking - January 9, 2016 at 3:52am
I use my headphones every day. It would be great if they were wireless, but what happens when the batteries in the headphones die? I hope they figure that one out. I also hope the headphones don't have the stupid beats logo.
Reply · Like · Mark as Spam
21 More Comments
Recent