Multiple supply chain reports today are corroborating an earlier rumor that the Apple iPhone 7 will not have a headphone jack.

Both anzhuo.cn and feng.com claim the change is confirmed. Interesting, both sites say that Apple is planing to release a wireless Bluetooth headset.

Wei Feng network news, the latest coming from the mouth of the supply chain of wind: Apple indeed plans to cancel the traditional body in the next generation iPhone headphone jack, and will start from this year for the iPhone with wireless Bluetooth headsets.

Back in November, Macotakara reported that Apple was considering dropping the headphone jack to provide more space inside the iPhone and allow for a thinner design.

Let us know what you think about Apple dropping the headphone jack. Is it time to move to a Lightning connector or Bluetooth? 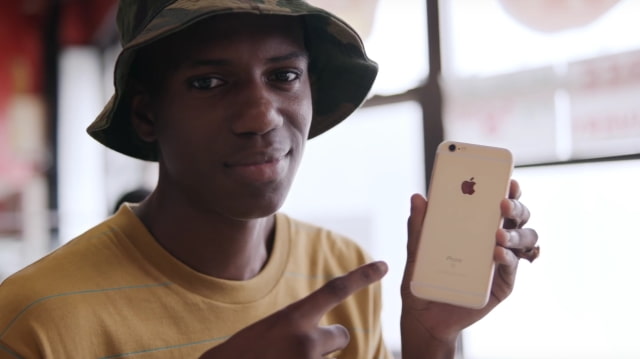 Great - January 6, 2016 at 1:49pm
Apple is trying to create a true water proof phone with no holes or jacks. They will utilise the screen itself to as the speaker and mic. Charging is via wifi or electrodes. Your wired headphones will need an adapter to interface with the electrodes to use them...otherwise use BT headsets. BT headsets can recharge in a minute for 30 mins of use via the electrodes.
Reply · Like · Mark as Spam

Great - January 6, 2016 at 1:39pm
Apple will release a whole separate line of phones and iPads without stereo jacks and with stereo jacks. Boom!
Reply · Like · Mark as Spam
28 More Comments
Recent