Some information on the alleged design of the upcoming iPhone 7 has been leaked by MacRumors. The details are from a source who as been reliable in the past.

The iPhone 7 is said to look much like the iPhone 6s with two notable differences...

The first is the rear camera. On the iPhone 7, the camera will reportedly sit flush with the rear casing thanks to a thinner camera module. When Apple initially released the iPhone 6, its design was widely criticized for its protruding camera, leading some to extreme measures. Unfortunately, the site's source didn't indicate if recent dual-lens rumors for the iPhone 7 Plus were true.

No further details about the design were revealed and it's unclear if the smartphone will be thinner; however, just getting rid of the protruding camera will likely be a noticeable difference.

Apple is expected to unveil the iPhone 7 and iPhone 7 Plus this fall. Please follow iClarified on Twitter, Facebook, Google+, or RSS for updates and check out the mockup of iPhone 7 below. 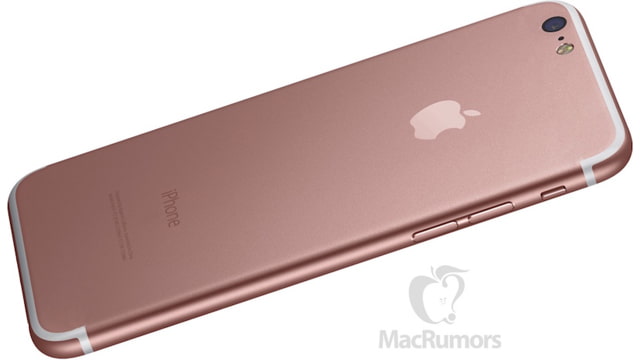 prostovank - February 3, 2016 at 7:43pm
Perhaps, or perhaps this is the lower priced version that the media has been abuzz about.
Reply · Like · Mark as Spam

Eye Of The Beholder - February 3, 2016 at 12:27pm
I personally like the antenna bands on the 6, I think they are a gorgeous industrial design.
Reply · Like · Mark as Spam

BonnieAtkins - February 3, 2016 at 5:25am
This is providing the several interesting topics are display in this blog and the great technology in this blog. http://www.clazwork.com
Reply · Like · Mark as Spam

. - February 3, 2016 at 3:18am
If I can get the camera from the 7 to replace the 6, I may end up keeping the 6 because of headphone jack removal and that I can hopefully position the camera into the 6 correctly. That is if the 7 can work with one of them and the lens won't be fused together that is.
Reply · Like · Mark as Spam
4 More Comments
Recent