The Pangu Team has announced that it's delaying the release of the Apple TV 4 jailbreak for a few more days of testing. However, they did reveal that the jailbreak will be released as an IPA which developers will need to sign themselves to put on the Apple TV.

Sorry that we still need few more days to test the ATV4 jailbreak. We will release an IPA which u need to sign it yourself to put it on ATV. 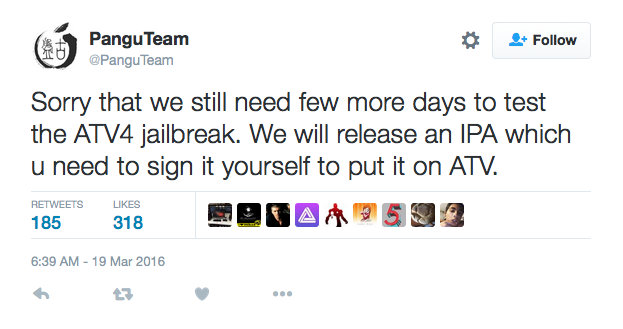 Pangu first announced the jailbreak a little over a week ago. It will only work on devices that are running the 9.0 or 9.0.1 firmware. 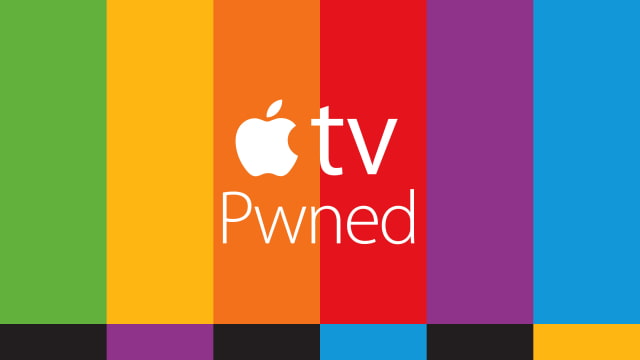 @Comment - March 21, 2016 at 3:21am
@John. The benefit is to allow the FBI to snoop on everything you watch on TV through your Apple TV, since apple is refusing to let them in, you are voluntarily saying yes snoop on me
Reply · Like · Mark as Spam