Apple has issued an official statement following the dismissal of its case versus the FBI over building a backdoor into the iPhone.

The Justice Department requested the case be vacated after obtaining access to the iPhone used by one of the San Bernardino shooters with help from a third party.

-----
From the beginning, we objected to the FBI's demand that Apple build a backdoor into the iPhone because we believed it was wrong and would set a dangerous precedent. As a result of the government's dismissal, neither of these occurred. This case should never have been brought.

We will continue to help law enforcement with their investigations, as we have done all along, and we will continue to increase the security of our products as the threats and attacks on our data become more frequent and more sophisticated.

Apple believes deeply that people in the United States and around the world deserve data protection, security and privacy. Sacrificing one for the other only puts people and countries at greater risk.

This case raised issues which deserve a national conversation about our civil liberties, and our collective security and privacy. Apple remains committed to participating in that discussion.
-----

While the Justice Department has ended this particular matter, it's unclear if it will continue pressing Apple to unlock iPhones in other cases. 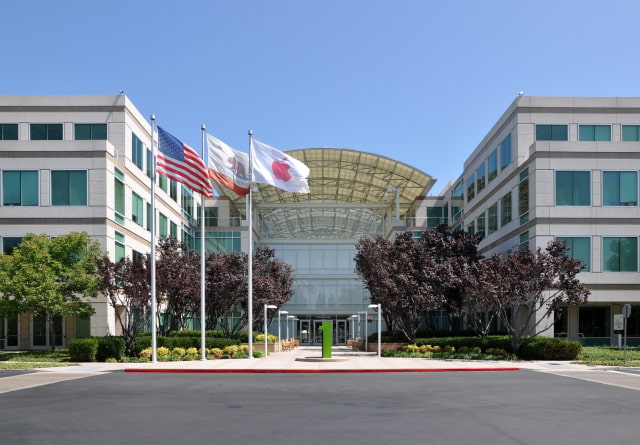 clown - March 30, 2016 at 4:01am
O boo hoo. How about all the cases about phones bricking after updates. Battery's failing when they have 80% total battery life according to some jb applications. Then told your told nothing is wrong with your battery. Everything test perfect. Phones lasting substantial less in real life use scenarios. Phones claiming to have super strength glass that break at 5 feet away. Larger type devices failing after they no longer work with some games after a year, because their told to supporting them. Constant updates that have used certain apps by others then claimed as their own products. Minimalist improvements, that really do nothing when compared , to what was originally claimed that it was supposed to do. So much for impenetrable design, everyone can request refunds know . The refund requests would be responsible , since the latest operating system and devices were sold in most cases based on that claim alone. Finally someone with money who will stand up to a big corporate company.
Reply · Like · Mark as Spam

PaladinLV - March 29, 2016 at 4:29pm
From the beginning Apple instead of working with our government to come a mutual agreement has instead decided to fight the government putting all citizens at risk. The solution WAS and REMAINS simple. Apple should have explained to the government that instead of GIVING the government a BACKDOOR, they would be happy to OBTAIN the information for the government and provide it to them. The phone remains secure, the government does not receive a "backdoor" and the government receives the much needed information. Thats called a WIN WIN solution COOK, you stupid bastard!
Reply · Like · Mark as Spam
1

Ban the Trolls - March 29, 2016 at 5:08pm
If you followed it from the beginning Apple tried resolving this issue with them without making a big deal about it. It was the FBI, government and the mainstream media that caused it to be blown out of proportion. Get your facts straight.
Reply · Like · Mark as Spam

Ban the Trolls - March 29, 2016 at 5:19pm
And for the so called much needed information that's supposedly on the phone. The top Security Analysts, government officials and even the head of the fbi said that they highly doubt there's any information on the phone that would help them. This has been a BS case from the very beginning. I wouldn't doubt that your almighty government doesn't find a damn thing on that phone but to make themselves look good they'll stretch the truth and blame it on Apple.
Reply · Like · Mark as Spam