Apple is considering a plan to completely terminate music downloads 'within 2 years', according to a new report from Digital Music News.

Apple is now preparing to completely terminate music download offerings on the iTunes Store, with an aggressive, two-year termination timetable actively being considered and gaining favor. According to sources to Digital Music News with close and active business relationships with Apple, discussions are now focused “not on if, but when” music downloads should be retired for good.

Sources tell the site that range of shutdown timetables are being considered; however, “keeping [iTunes music downloads] running forever isn’t really on the table anymore.” Another timeframe under consideration would ride out iTunes downloads for 3-4 years, maybe longer.

“If he were alive, Jobs would have killed it,” one source bluntly told the site

Downloads are sinking fast as users switch over to subscription based services like Apple Music and Spotify. Last year they declined by 16% in nominal terms and this year it looks like they will decline between 25% and 30%.

Apple Music is growing at a respectable rate and could reach 20 million subscribers by the end of the year. Music industry analyst Mark Mulligan believes that streaming revenues could surpass peak music download revenues by 2020.

As expected, Apple didn't respond to a request for comment.

Update: Apple says this report is "Not true" in a statement made to Recode. 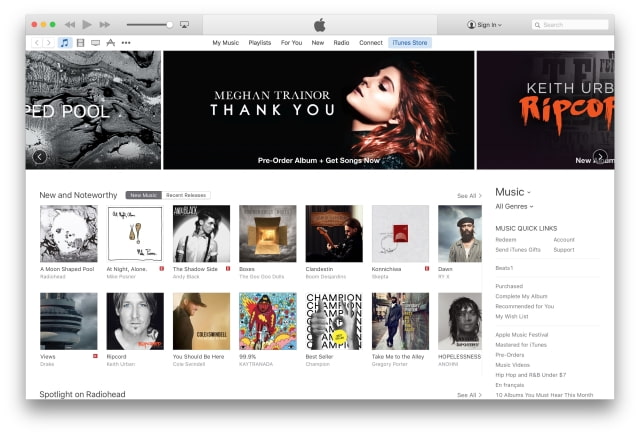 clown - May 14, 2016 at 4:10pm
What exactly would happen to all your old music you bought. They would have provide the music as long their in existence if you bought it.
Reply · Like · Mark as Spam

iProService - May 13, 2016 at 12:37am
Music downloads will always be necessary, how else will one be able to play music on an iPad or iPod or even an iPhone when camping, on a plane, on the space station, on a mountain, out at sea, etc, etc, etc
Reply · Like · Mark as Spam

Tinman - May 12, 2016 at 12:55pm
So if you have Apple Music subscription you can still locally store music on your device?
Reply · Like · Mark as Spam