Apple has been working to bring cellular connectivity to the Apple Watch but it reportedly won't be ready for the second generation device expected to launch later this year, according to Bloomberg. Instead the company will purportedly announce a new watch with GPS location tracking and improvements to health tracking.

Talks have been taking place this year with mobile phone carriers in the U.S. and Europe in regards to bringing cellular connectivity to Apple Watch.

During the discussions, Apple executives expressed concern that the cellular models may not be ready for release this year and that the feature may be pushed back to a later generation, according to the people. Apple warned that, even on an aggressive schedule, the earliest possible shipment time-frame for cellular models would have been this December, one of the people said.

Apparently, the roadblock is that current cellular chips consume too much battery life. This is already a pain point for customers and would limit user appeal. Apple is researching low-power cellular data chips for future generation smartwatches.

Apple's goal is to untether the device from the iPhone but at this point it appears we'll have to wait a little bit longer. 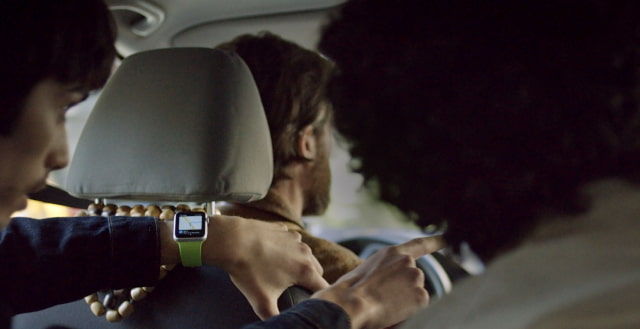 joker - August 23, 2016 at 2:11pm
Tell that to other Apple products where they are 10x bigger yet still maintaining lightweight. LAWLOL
Reply · Like · Mark as Spam
0

Ashward - August 19, 2016 at 1:40pm
Of course. What will they put it in Apple watch 3 ? or should I say Apple watch 4(G) if they give it away now? Plus the shitty battery on my watch wont last a day. By the time I am home from office at 5 PM, its almost about to die. This considering very moderate use and I don't sit and send damn heart messages and more girly shit I see other women doing in the office with their apple watches. When that Steve Jobs wannabe, Johnny Ive gave a presentation of the century on apple watch, I was bowled out and I thought damn it I have to get one. 600 $ down the drain I have a piece of garbage that runs out of battery in 7 hours. If Jobs was still alive and at apple he would not be releasing this half baked shit to the market.
Reply · Like · Mark as Spam
0

Moo - August 19, 2016 at 2:11pm
Not sure what apps you run, mine easily lasts a full day with several hours of activity. I dont run many apps on it though. Mainly use the stock ones and Runkeeper.
Reply · Like · Mark as Spam
8 More Comments
Recent