The Apple iPhone 6s was the world's top selling smartphone in Q2 2016, according to the latest research from Strategy Analytics. Apple currently accounts for two of the three top-selling smartphone models shipped worldwide.

Linda Sui, Director at Strategy Analytics, said, “Total global smartphone shipments grew 1 percent annually from 338.0 million units in Q2 2015 to 341.5 million in Q2 2016. Smartphone growth is sluggish at the moment due to ongoing economic volatility worldwide, high ownership penetration in most major countries, and a lack of new innovation from device manufacturers.”

Neil Mawston, Executive Director at Strategy Analytics, added, “We estimate the Apple iPhone 6s model shipped 14.2 million units and accounted for 4 percent share of all smartphones shipped worldwide in Q2 2016. Apple’s iPhone 6s is currently the world’s most popular smartphone. The iPhone 6s is wildly popular in dozens of countries globally, due to its attractive hardware design blended with rich features such as 4K video, large multi-touch display, and fingerprint security.”

Woody Oh, Director at Strategy Analytics, added, “The Apple iPhone 6 shipped 8.5 million units worldwide for second position and 2 percent marketshare during Q2 2016, followed by Samsung Galaxy S7 edge in third place with 8.3 million and 2 percent share. Apple iPhone 6 has been on sale for almost two years and it remains near the top of best-seller lists in many regions like Europe. Samsung’s Galaxy S7 edge has proven popular among high-end consumers and its curved hardware design has given the firm a differentiator that Apple’s iPhone portfolio does not yet offer.”

Apple is about to unveil the iPhone 7 which should spark sales ahead of the holiday quarter. We'll be covering the launch event so make sure to follow iClarified on Twitter, Facebook, Google+, or RSS for updates. 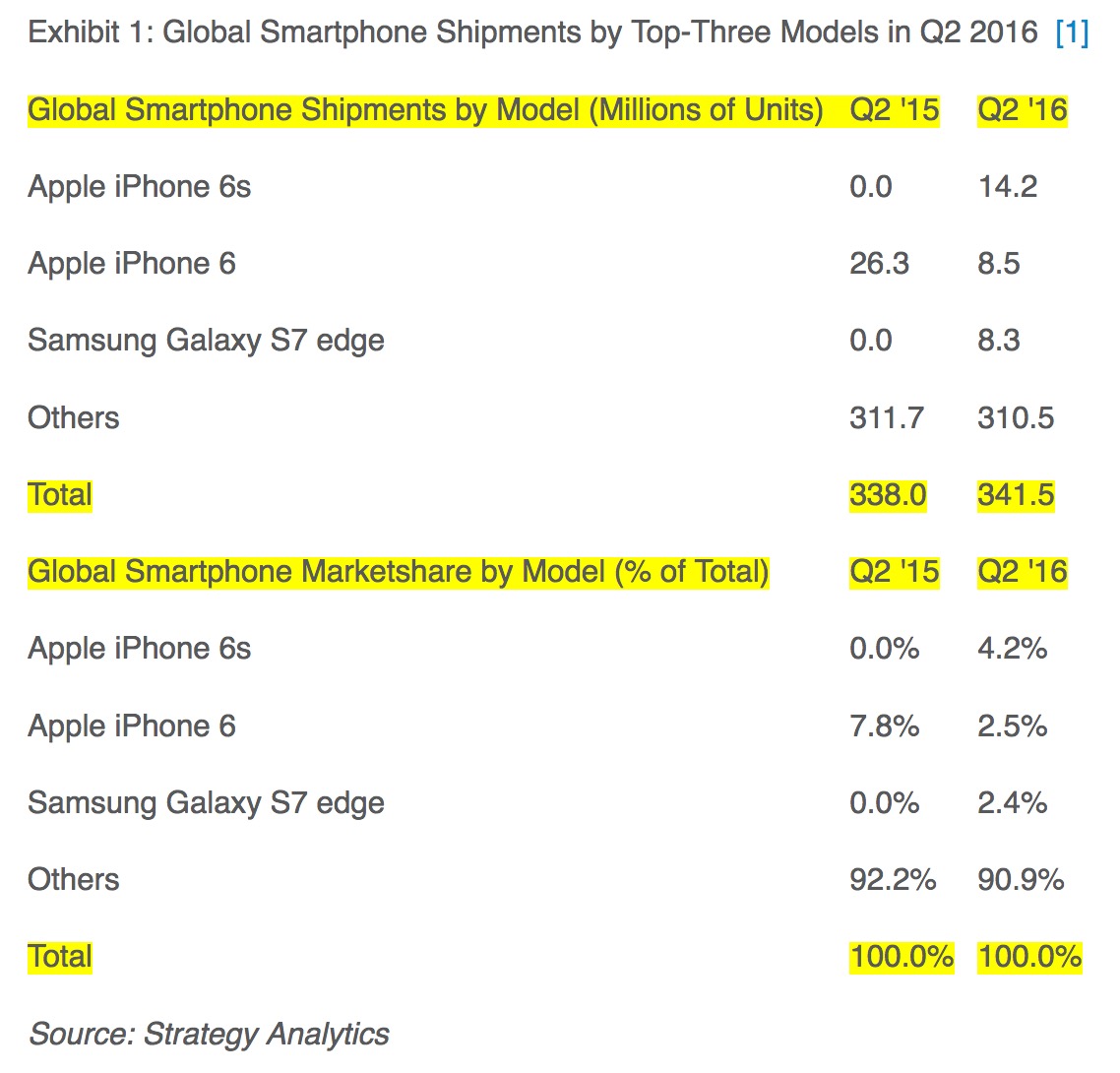