Apple has added support for an ARM chip to macOS Sierra 10.12, reports Techtastic.

In the Kernel release notes for macOS 10.12, Apple indicates that a new ARM HURRICANE chip family is now supported by the kernel. This is likely a custom ARM chip from Apple as the A7 was dubbed Cyclone, the A8 was Typhoon, and the A9 was Twister. It may even be the A10 Fusion processor found in the iPhone 7.

The site notes that Apple may have already been taking steps to prepare for a laptop with an ARM processor.

It is striking that developers no longer send the final binaries when submitting an app, but a bit code. This bit code is then used by Apple to convert the application to the specific platform. Which means that Apple can easily make the transition to a different instruction set, for example, switching from x86 to ARM without all apps need to be resubmitted. It is probably also one of the reasons why legacy applications have recently been removed from the App Store.

An ARM MacBook has been rumored for quite some time. It's believed that A-series chips would be limited to lower-end devices initially, perhaps a future version of the rumored 12-inch MacBook Air would be a possible candidate.

Apple is set to unveil a slew of updates to its Mac lineup next month. Please follow iClarified on Twitter, Facebook, Google+, or RSS for updates. 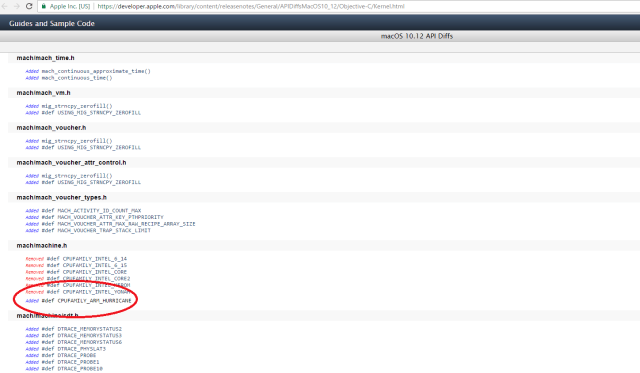 Ryan Walker - June 6, 2017 at 1:23am
This is great news from apple. I really love to hear this. EZ Battery Reconditioning Review - Reviewshut
Reply · Like · Mark as Spam