Moen has announced the launch of 'U by Moen', a Wi-Fi/cloud-based digital shower that offers mobile connectivity and personalization.

The U by Moen shower includes a digital valve that offers precise, thermostatic temperature control, and enables the user to connect up to four shower devices (showerheads, handshowers, body sprays, etc.). The Wi-Fi-connected digital shower controller features a five-inch, non-touch, LCD screen that provides feedback on the shower status through on-screen messaging and notifications.

For users’ safety, the shower valve will allow temperatures between 60 and 120 degrees. As they change the water temperature, the color of the screen will evolve from light blue, dark blue, purple, orange and red indicating the system is warming up or cooling down to reach the desired water temperature. When the shower is ready, the screen will turn white and provide an on-screen notification and signal with a tone. The controller itself has seven to nine buttons – depending on whether it's a two- or four-outlet system – enabling users to accurately control their shower experience.

The controller also lets you customize settings directly in the shower and save them with one of two preset buttons.

About the App
The U by Moen smartphone app gives users the ability to create up to 12 personalized presets, including name, greeting, outlets, temperature, shower timer and notifications. It also allows users to have the shower pause at initial start-up once it reaches the desired temperature. Not only can users create their personalized shower experience from within the app, but they also can fully control the shower from their smartphones. They can turn on the shower, change temperature and turn outlets on and off with the push of a button. The app also allows users to customize system-wide settings, such as the outlet icons, which Wi-Fi network the system is connected to, language and time zone. Security is an important aspect of any connected device, and Moen has thoughtfully designed the U by Moen shower to give consumers peace of mind that their connection is secure. The smartphone app is available as a free download from both the Apple App Store and Google Play Store. 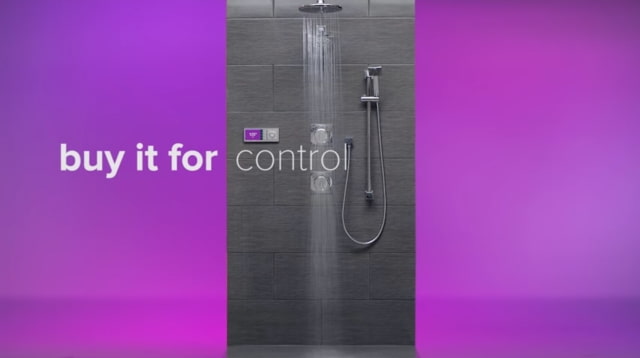 Easy to Install
“While consumers will appreciate the benefits of U by Moen shower; so will installers. The digital valve's compact design makes their job easier; with a 30-foot data cable between the valve and controller, the location of the valve can be put wherever is most convenient for the plumber and homeowner,” Conroy adds. “The valve also has an optional battery backup to provide peace of mind. Users know if the power goes out while they are in the shower, the system will not shut off. The entire system has been thoughtfully designed with consumer personalization and the connected home in mind to deliver the perfect shower experience every time.” 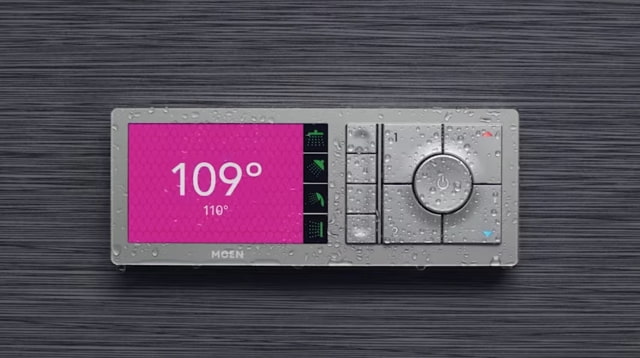