Adobe announced today that it will kill Flash at the end of 2020. The decision comes after years of security vulnerabilities, performance issues, and criticisms from technology experts. The Flash Player plugin is already blocked by default on several browsers including Safari, Edge, and Chrome.

Here is the company's full statement on the matter:

----
Adobe has long played a leadership role in advancing interactivity and creative content – from video, to games and more – on the web. Where we’ve seen a need to push content and interactivity forward, we’ve innovated to meet those needs. Where a format didn’t exist, we invented one – such as with Flash and Shockwave. And over time, as the web evolved, these new formats were adopted by the community, in some cases formed the basis for open standards, and became an essential part of the web.

But as open standards like HTML5, WebGL and WebAssembly have matured over the past several years, most now provide many of the capabilities and functionalities that plugins pioneered and have become a viable alternative for content on the web. Over time, we’ve seen helper apps evolve to become plugins, and more recently, have seen many of these plugin capabilities get incorporated into open web standards. Today, most browser vendors are integrating capabilities once provided by plugins directly into browsers and deprecating plugins.

Given this progress, and in collaboration with several of our technology partners – including Apple, Facebook, Google, Microsoft and Mozilla – Adobe is planning to end-of-life Flash. Specifically, we will stop updating and distributing the Flash Player at the end of 2020 and encourage content creators to migrate any existing Flash content to these new open formats.

Several industries and businesses have been built around Flash technology – including gaming, education and video – and we remain committed to supporting Flash through 2020, as customers and partners put their migration plans into place. Adobe will continue to support Flash on a number of major OSs and browsers that currently support Flash content through the planned EOL. This will include issuing regular security patches, maintaining OS and browser compatibility and adding features and capabilities as needed. We remain fully committed to working with partners, including Apple, Facebook, Google, Microsoft and Mozilla to maintain the security and compatibility of Flash content. In addition, we plan to move more aggressively to EOL Flash in certain geographies where unlicensed and outdated versions of Flash Player are being distributed.

Adobe will also remain at the forefront of leading the development of new web standards and actively participate in their advancement. This includes continuing to contribute to the HTML5 standard and participating in the WebAssembly Community Group. And we’ll continue to provide best in class animation and video tools such as Animate CC, the premier web animation tool for developing HTML5 content, and Premiere Pro CC.

Looking ahead, Adobe will continue to provide the best tools and services for designers and developers to create amazing content for the web.
-----

Apple issued the following statement regarding the news on its WebKit blog.

-----
Adobe has announced it will stop distributing and updating Flash Player at the end of 2020 and is encouraging web developers to migrate any existing Flash content to open standards. Apple is working with Adobe, industry partners, and developers to complete this transition.

Apple users have been experiencing the web without Flash for some time. iPhone, iPad, and iPod touch never supported Flash. For the Mac, the transition from Flash began in 2010 when Flash was no longer pre-installed. Today, if users install Flash, it remains off by default. Safari requires explicit approval on each website before running the Flash plugin.

To display rich interactive content in the browser, WebKit—the engine that powers Safari—supports the latest standards, including the following:

The WebKit Project is excited about the future of the open web. We invite you to follow this blog to learn about new technologies as they’re implemented in WebKit.
-----

Back in 2010, Apple co-founder Steve Jobs wrote an open letter explaining why the company wouldn't allow it on iPhones, iPads, and iPod touch devices. You can go back and read Jobs' letter by clicking here.

It will still be a few years until we see Flash disappear and although we do have some fond memories of working with it, we'll be happy to see the performance, security, and battery life improvements that come with its demise. 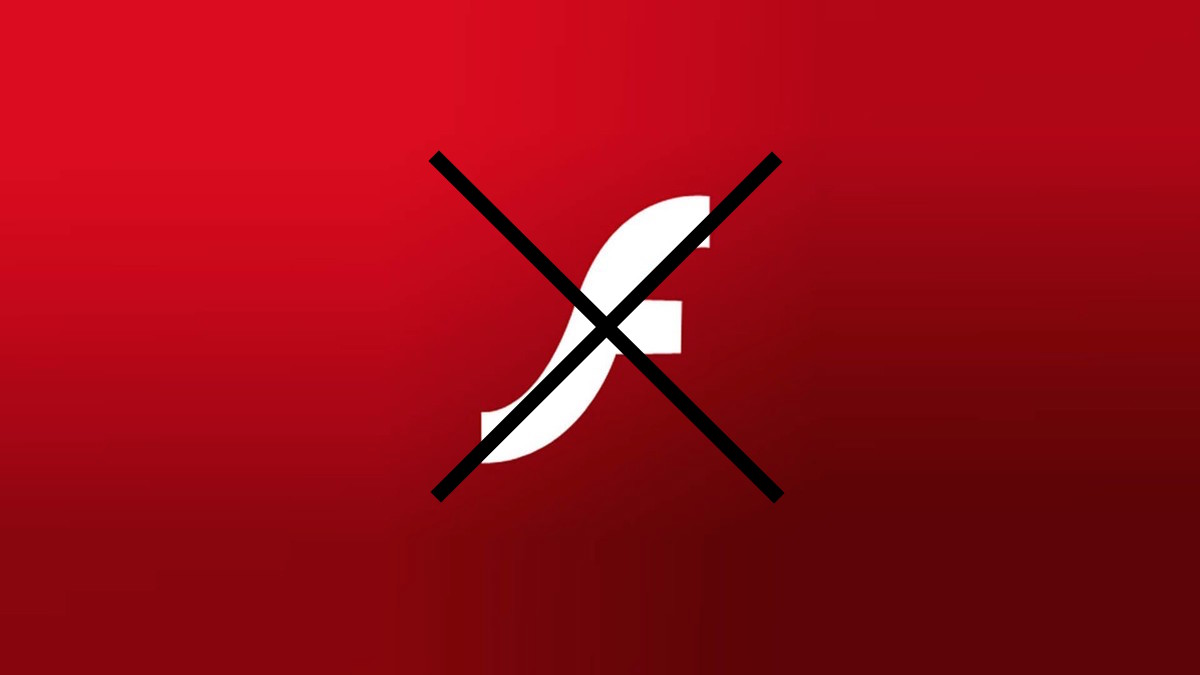 D4xM4Nx - July 26, 2017 at 7:37am
Java lovers will cry whole rivers soon lmao. Poor software, low on performance and quite vulnerable to hacks... How come is it still around?
Reply · Like · Mark as Spam

Barry Allne - July 26, 2017 at 5:46am
Is this a Spoiler? Is this Adobe some kind of supervillain? After all Flash is the fastest man alive, how this thing can reach him?
Reply · Like · Mark as Spam

Gabe - July 25, 2017 at 7:06pm
Nope I can stop hearing all the Android users saying their phones are better because they run flash. Lol.
Reply · Like · Mark as Spam