Apple has run out of battery replacements for the iPhone 6 Plus and won't get more until late March or April, reports MacRumors. The company recently launched a $29 battery replacement program after admitting that it been secretly slowing down devices as their batteries aged.

Apple says iPhone 6 Plus replacement batteries are in short supply and won't be available until late March to early April in the United States and other regions, according to an internal document distributed to Apple Stores and Apple Authorized Service Providers this week and later obtained by MacRumors.

Wait times for iPhone 6 and iPhone 6s Plus replacements are at around two weeks. Replacement batteries for other devices such as the iPhone 6s, iPhone 7, iPhone 7 Plus and iPhone SE are available 'without extended delays' in most countries. 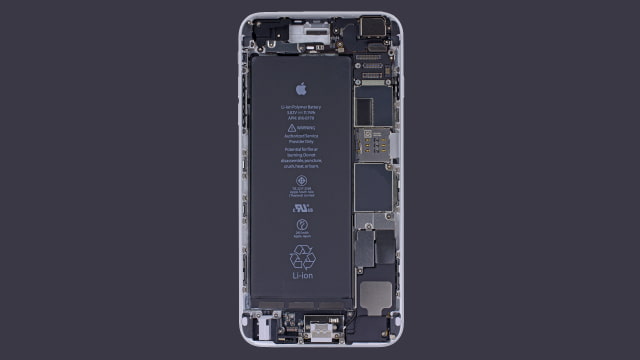 DEEB - January 14, 2018 at 10:55pm
The internal document actually says April to June.. I work at an AASP and we get these notifications from them
Reply · Like · Mark as Spam

Raas al Ghul - January 12, 2018 at 10:12pm
Apple only slows down phones with degraded batteries to keep them working as best as they can without shutting off, many people have posted Geekbench scores before and after getting a battery replacement and the scores are back to how they were when the iPhone was brand new once the battery is changed.
Reply · Like · Mark as Spam

Flash8130 - January 11, 2018 at 10:10pm
There is no performance boost from a battery. I see hundreds a day and there will only be a speed increase if it’s consumed or failing. Really wish incorrect information would stop spreading.
Reply · Like · Mark as Spam

YOU DONT KNOW - January 12, 2018 at 6:09pm
Performance boost from a battery or not, Apple has admittedly stated that it slows down performance when batteries degrade. Common sense is that for those who think they have degraded batteries, they will purchase a new battery, to get back the performance that Apple has decreased. More money for Apple either way.
Reply · Like · Mark as Spam