Apple has landed a 10-episode comedy series starring Kristen Wiig, according to The Hollywood Reporter. The project is inspired by Curtis Sittenfeld's upcoming short story collection, You Think It, I'll Say It. The comedy is produced by Reese Witherspoon's Hello Sunshine banner and is the first scripted comedy that Apple has picked up.

Colleen McGuinness (30 Rock) created the series and serves as showrunner. She will exec produce alongside Witherspoon, her Hello Sunshine topper Lauren Neustadter and Wiig. Sittenfeld is on board as a consulting producer. A studio is not yet attached; the series is expected to be set up soon. (Apple does not own the show.)

Notably, this is the third series that Witherspoon is working on with Apple. The first is an untitled morning show drama, starring herself and Jennifer Aniston. The second is 'Are You Sleeping' starring Octavia Spencer.

Apple has been busy putting together a lineup of shows but it's still unclear when or how they will launched. Just yesterday it was reported that the company is in a bidding war with HBO over a new J.J. Abrams sci-fi drama series. 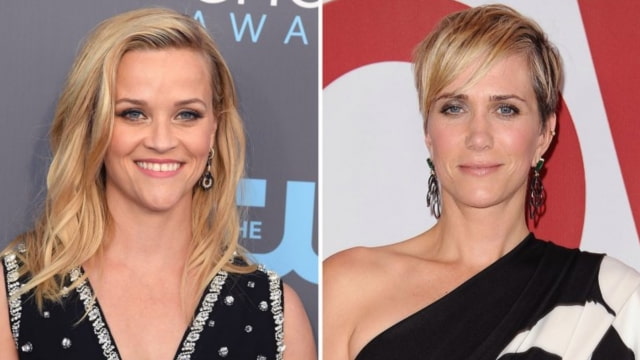