A new report from Bloomberg corroborates rumors that Apple is working on high-end over-ear headphones with its own branding. Although the company plans to release the headphones as early as 4Q18, the site notes that there have been setbacks.

The Cupertino, California-based technology giant is working on noise-canceling, over-ear headphones that rival headsets from market leaders like Bose and even the company’s own Beats by Dre brand, according to people familiar with the product’s development. The company plans to launch the headphones as early as the end of this year, but has faced development challenges that might push back the release, the people said.

Similar to development of the HomePod, work on the new headphones has been on and off over the past year. Sources say there have been multiple redesigns and note it's possible Apple could change the design again or even scrap the project altogether.

Currently, the headphones are set to target the high-end of the market. In addition to noise-canceling features, Apple plans to equip the over-ear headphones will similar wireless pairing to the AirPods. A new wireless chip is said to enable 'Hey Siri' voice activation on the next generation AirPods.

It's believed that the new headphones will be priced towards the upper end of the market. Currently, Apple's Beats Studio 3 headphones retail for $349.95 but can be found on Amazon for $279.99. 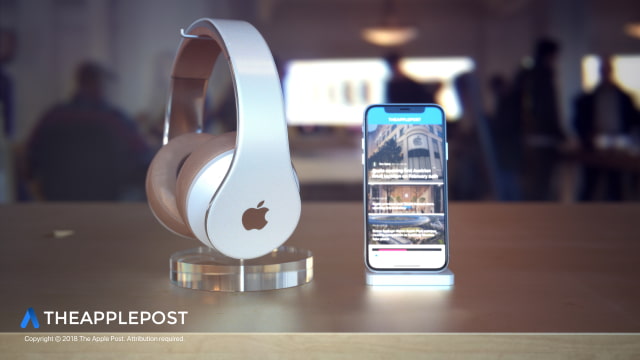 D4xM4Nx - March 6, 2018 at 11:33am
If Apple wants to compete and succeed in such a market, they better forget all of them Beats-related shenanigans. They absolutely have to observe what the best do, and do it better.
Reply · Like · Mark as Spam

Mang Domeng - March 6, 2018 at 5:11am
If they want to be in to compete with the hi-res headphones, they should focus on the sound signature first and not other features. Traded my beats for a Sennheiser HD600. I never regretted it. My ears where opened to the real thing than just listening to marketing hype. Even Bose is going to the marketing hype type as well. Apple should order their drivers fir their headphones from Focal, Audeze, Sennheiser, or any other producers of hi-res dynamic drivers.
Reply · Like · Mark as Spam

Yayaya - March 5, 2018 at 3:21pm
Even after a terrible business decision of spending over 3 billion! On a terrible headphone company, they still can’t masked their own.
Reply · Like · Mark as Spam
Recent